If I had to pick my defining physical feature, it would have to be my assortment of Star Wars tattoos. Some I’ve given a lot of thought to, but most are “I love this character and my artist and I are both free today.” (If you saw what he turns them in to, you would never guess they’re so spontaneous). I haven’t been able to bring myself to get the one I really wanted until now. 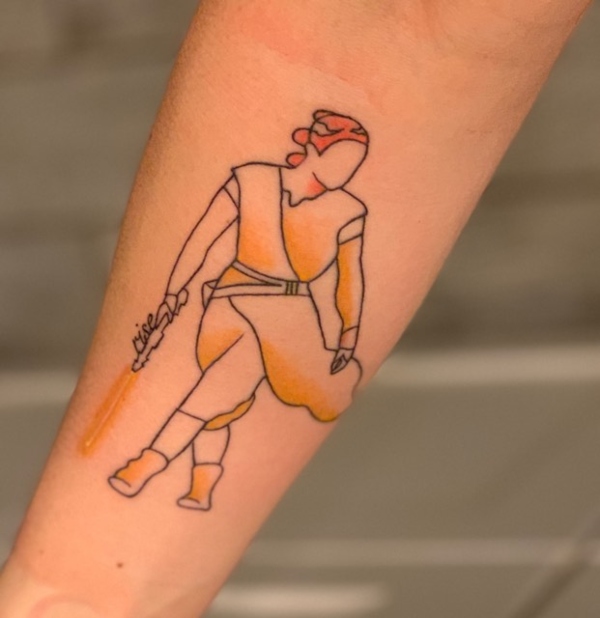 After The Force Awakens, my sister kept asking when I would get a Rey tattoo and what I would get. My answer was always the same – I had to wait until we completed her arc! The way I saw it was that Rey was such a strong, relatable character right out of the starting gate. If we were only a third of the way through her story, how could she possibly continue to struggle and to grow while still being the “good guy” I was immediately drawn to? 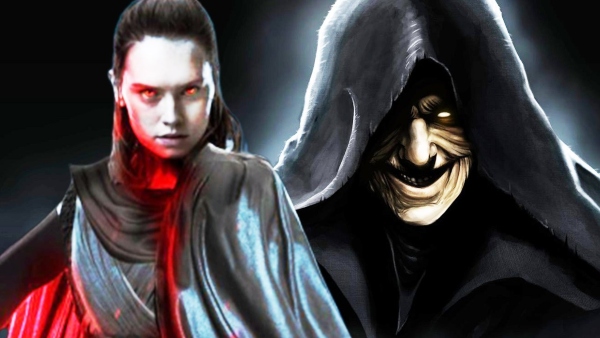 With all three of her chapters wrapped up, I feel silly for ever worrying about it. Rey’s arc is tumultuous and we see her struggle, but she eventually grows into the best possible version of herself. Despite her struggle, she never looses her core qualities.

One of the best moments where we get to know Rey is when her and Finn are being attacked and she shouts at him. “I know how to run without you holding my hand!” She’s capable, confident, and reluctant to accept help. It’s a bonus that Daisy Ridley delivers these lines perfectly. She might always be a badass, but she’s never mean. After a few more battles and a few times that she saves herself, she’s learned that sometimes it’s okay to accept help.

In The Last Jedi, she welcomes help from Ben Solo to take down a team of Praetorian Guards. After the fight, he extends his hand and she really stops to think about taking it. She later even admits that she wanted to, but wasn’t sure whose hand she would really be taking. The fact that she’s gone from refusing a friends hand to even considering taking this one shows she’s on the right path.

Finally, in The Rise of Skywlker, we see her grab on to her friends hands multiple times. When her, Finn, and Poe, come up with a plan, it’s a natural reaction at this point to hold on to each other in support. By the time she needs to escape Kylo Ren and the Star Destroyer, she realizes the only way out is to jump and accept Finn’s hand onto the Falcon – the same exact hand she once declined on the way to the exact same ship. 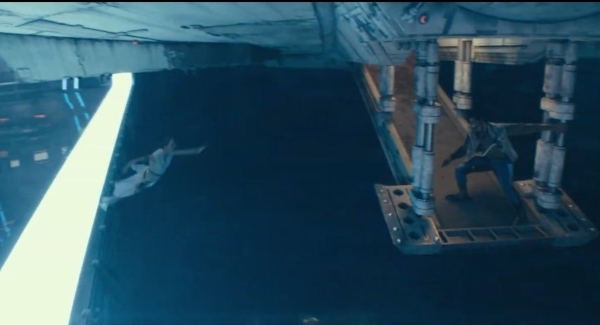 We can even see her growth through the way she responds to new lightsabers. The first time she ever sees one is when she grabs on to Luke Skywalker’s in The Force Awakens. Needless to say, it didn’t end well. She tells Maz that she is never touching that thing again. It takes a few more life changing events and being backed into a corner with no other option before she feels ready to take it again. Even then, her new goal is to try and get rid of it for good by giving it back to Luke.

This is a far cry from where we see her at the end of her journey. At this point, she not only earned her claim to Luke’s, but she’s offered Leia’s old lightsaber. Just as she’s quick to take on Leia’s cause, she takes on her lightsaber. There’s no objections, no fanfare, no fear. She knows that she deserves this and that she will need it. All of this leads her to building her own, finding her own place in the story.

The reason Rey is so special, though, isn’t just because of the way she’s changed. Yes, she grew more powerful, confident, and improved her faults. But he biggest strength is in the way she’s stayed the same.

I’m constantly struck by The Force Awakens when she meets BB-8. Even before she let’s him stay over (in a scene that will always make me think of Shrek and donkey), she’s so kind to him. Here she is with what others would consider a lifeless machine and she’s showing to so much genuine compassion. We see the same exact compassion with D-O in Skywalker. I would even say more compassionate! She finds this abused droid and instead of kicking him aside, reassures him. She patiently waits for him to be ready and helps fix him with an understated smile. 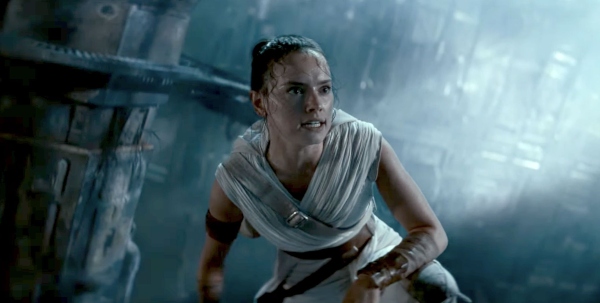 Rey is also far from being a two-dimensional “look at me I’m a strong female character.” Again, this is partly a testament to Ridley. We constantly see her concerned about the people around her. She needs to make sure Finn is doing the right thing at Maz’s castle, cares so deeply for Han that she considers the Falcon still his after “inheriting” it, and wants to complete Leia;s Jedi and leadership journeys. Despite her short time with the Resistance, she understands the cause and urges Kylo Ren to stop his army from firing on them. She does this all so earnestly that you understand, this is who she is.

She doesn’t stop this concern at any part in Skywalker. The way she interacts with the Aki-Aki child and when she looks down at Zorri Bliss and lets her know straight out,”I do care” display exactly these qualities.

Even through her kindness, earnestness, and principles, Rey is still tough. Han is quick to admit that he agrees she can “take care of herself.” Despite her accepting help when needed, no one can argue this remains true. She sends her friends away so she can take on Kylo Ren alone in the Star Destroyer. She goes to the Death Star on her own in order to keep their mission alive. She goes to fight the Emperor without any assurance there will be back-up. She eventually rises all alone to defeat not only her grandfather, but every Sith who ever lived.

Looking at where we ended, Rey’s arc is a true work of genius. She was put the the ringer. She made tough choices. She was scared at times. She grew, but she didn’t give up the core qualities that are the cornerstones of who she is.

4 thoughts on “The Rey Way”