In 1977 I was a 7-year-old kid standing in a line for Star Wars. The line formed inside the lobby and stretched out to the sidewalks and around the theater, encompassing the entire block. It was such a new phenomenon, that the term “blockbuster” was born. It is fitting that in this year, which marks the 40th Anniversary of that film, I would find myself doing it again at my first Star Wars Celebration in Orlando.

In 2015, Star Wars Celebration Anaheim was live streamed, and like millions of fans around the world, I watched as The Force Awakens panel exploded. The trailer dropped with the now famous “Chewie, we’re home.” Grown men cried. Childhoods were restored. And watching from home, I knew I wanted to be part of it one day. When it was announced the next state-side Celebration would be in Orlando, I began saving money and planning. I asked for advice from fellow fans who had attended previous cons. I searched online discussion threads for insight and tips about the preparations required for successfully navigating the weekend’s events. I researched the circuitous new policy of wristbands that had been implemented full scale at last year’s Celebration Europe. I thought I was prepared. And when this year’s Celebration finally came, was it all worth it? 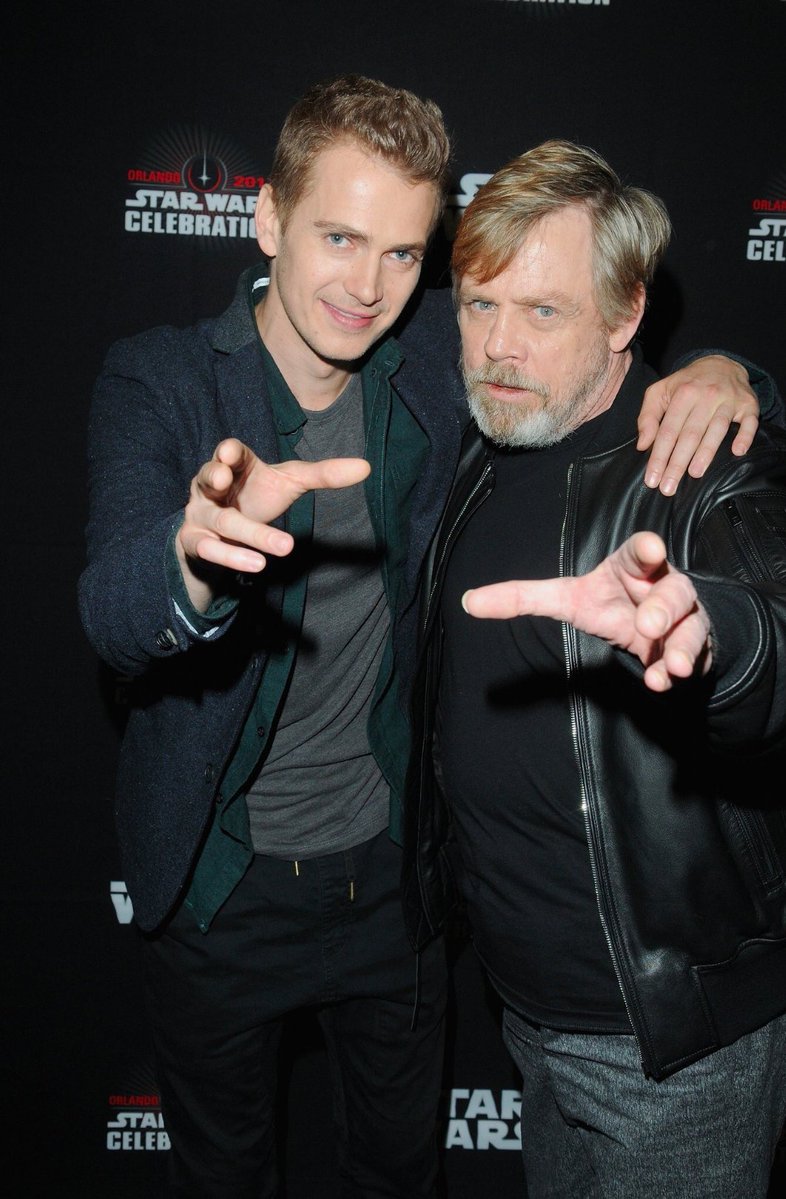 Before I answer that question, I will take the opportunity to mention that I am the rare first-generation Star Wars fan who loves the prequel film trilogy, warts and all. I recognize their flaws of course. Yes, the prequels have bad dialogue. I wish I could just wish away some of that bad dialogue. There are wooden performances. There is one silly animated character I can live without. But I love them all the same. They are Star Wars. They are epic in their narrative scope, unmatched in their art design and world building. Love them or hate them – no one can deny that Lucas did exactly what he wanted to do with those movies, regardless of what fans demanded. For better or worse, he focused on telling the saga’s story in the way he envisioned, rather than succumbing to fan service.

So, I’m the type of fan who knows how to compartmentalize the negatives and focus on the positives. That came in handy dealing with my first Celebration because the challenges were legion. The crowds were overwhelming, the lines exhausting. The physical toll was so extreme, it forced me to make the choice between getting rest or soldiering on to the panels scheduled later in the day. I chose rest.

ReedPOP was the company that managed and presented this Celebration. To say that they dropped the ball on this weekend’s event is an understatement. The first sign of trouble came when social media starting buzzing on Wednesday afternoon that the line for the Thursday morning 40th Anniversary Panel was already forming outside the Orange County Convention Center (OCCC). Word had gotten out that neither ReedPOP nor the OCCC were enforcing their previous statement that all outside lines before 8 p.m. would be dispersed. The line was growing fast. People who had booked later flights based on the policy were panicking. My brother and I had already decided we wouldn’t do the overnight sleep inside the OCCC, but we decided to go to bed early and try arriving for the opening of the doors at 5 a.m. When we arrived at 4 a.m. and found the line stretching around the outside of the Center, all the way around to a dark street a block away, I knew we had missed our chance to see the panel live. But perhaps we could get into one of the smaller panel rooms that would show the live stream from the main stage.

There was only one entrance open for the security checkpoint for the thousands of attendees already in line, so when they did open the doors, they divided the crowd into four lines inside the atrium. But it wasn’t enough. We managed to make it inside with time to secure our spots for a streaming panel, but the people who arrived later than we did found themselves outside the venue for hours trying to get into the one entrance that was open.

That prelude was just a taste of things to come. ReedPOP was woefully unprepared to manage the crowds that came to this year’s Celebration. In the beginning, staff members were rarely visible and, when they were, they provided contradictory information. They had no way of communicating with one another because no one had walkie talkies. No one appeared to be in charge. No one was checking to see if attendees were wearing their passes. That feeling of disarray spread through attendance like wildfire. Not one person I met all weekend had anything nice to say about the Con’s organization.

But there was one saving grace: I’d always heard that there was nothing quite like the experience of being in a place with 30,000+ people who all love Star Wars. It’s true. All of it.

Watching the live streams is great if you can’t make it to the Convention, but there is something different about experiencing it in person. The crowds, while overwhelming, are filled with every kind and type of person imaginable: young, old, all races, genders, nationalities, ethnicities, and backgrounds. There is not one “type” of fan. At Celebration, everyone is represented: nerds, jocks, wallflowers, extroverts, introverts, parents, children. And they come together in this one place for this one thing they all have in common. I can’t overstate how much of a difference that makes. Almost without exception, each interaction I had with fellow fans was a positive one. People were tired and frustrated with the mismanagement of the event, but they were polite and patient with each other – at least from my point of view. The long queues created opportunities to make new friends and bond over our anticipation of what was to come, over our war stories about what it took to get there, and our general love for Star Wars, which is a great thing considering how much time we spent in lines.

When we finally did make it into the panels, Lucasfilm did not disappoint. Every panel had something to cheer for, to cry for (yes, yours truly sobbed during the Carrie Fisher/John Williams tribute). There were rewards for remaining positive and focused and persistent. My brother and I did not have wristbands for the Star Wars: Battlefront video game panel but we stood by anyway on the slim chance that we would be allowed in if there was room. After the doors had closed and it looked unlikely to happen, we were approached by a representative for Electronics Arts, the company that makes Battlefront. He gave us Press wristbands that got us into the VIP section moments after the panel started. There were so many surprises like that which added to the excitement of the reveals, such as The Last Jedi trailer, the Battlefront single player campaign, Rebels season 4 sneak peek, Harrison Ford sitting next to Mark Hamill and George Lucas, Anthony Daniels and Alan Tudyk sharing a stage as two performers who bring our favorite droids C-3PO and K-2SO to life. The weekend was full of those kinds of moments.

Each time I was disheartened by ReedPOP’s disastrous management of the event, there was something right around the corner that lifted my spirits. Whenever I felt myself crashing from exhaustion, I found the energy to walk the Exhibit Floor, and amaze at the size and scope of it. My brother called the floor, “The coolest room on the planet.” I never got tired of the sights and sounds in that massive space. Everywhere I turned there was someone dressed in cosplay that would amaze and stun. The exhibits remained a reliable recharge for energy, merchandise opportunities, and sensory overload.

Was it all worth it in the end? If you had asked me that question any time during the Convention, I might have given a different answer. But looking back on it now, all I can focus on was what brought me love and joy.

Yes, it was worth it. And I know I’ll do it again.

Looking for more Star Wars community to fill the post-Celebration blues? Check out the Star Wars HoloNet on Facebook.

Stay tuned for more Celebration talk to come on this week’s HoloNet Podcast. Send questions to #holonetpodcast on Twitter.

2 thoughts on “Celebration: A Retrospective”