Skip to content
Posted on April 6, 2017 by Brandon Boylan

There is no emotion, there is peace.

So sayeth the Jedi Code, at least. But it seems a little hypocritical that the Jedi, who were supposed to be all about compassion towards others, had it set in their ultimate mantra that one should not feel emotion, but only be at peace.

Now, it is likely that the Jedi meant that one should not be controlled by their emotion. However, through the generations that message seems to have gotten lost in the “dogmatic narrow view of the Jedi.” Replacing it was a misconstrued interpretation that allowed for Jedi, in the desire to keep peace, leading a war. Not very peaceful. The limiting, or dogmatic if you prefer that term, view the Jedi held in the prequel era is often stated as the place where they went wrong, opening the avenue for Sheev. While the Jedi rules were damning alone, it was the restriction on feeling emotion that caused their ultimate downfall. The inability to feel emotion separated them from the general public more than their ivory towers ever did.

The obvious and immediate example that comes to mind is Anakin. Padme, while traveling back to Naboo, poignantly asks about a Jedi’s ability to love. Anakin, trying to be smooth but failing in epic fashion, links compassion to unconditional love. Ergo, the Jedi are “encouraged to love.” The problem is that Anakin was using that to support his own personal bias, which would eventually lead him to act on his emotions. This all could have been avoided had the Jedi taught him how to handle his emotions, how to respond, and how to be rational. Instead….

Acting out of emotion is where this all leads to, for emotion is not inherently bad. They are a mechanism created by evolution to keep us aware of our surroundings and therefore allow us to survive. “Remember, one of the primary reasons we have emotions in the first place is to help us evaluate our experiences,” says psychologist Jonathan M. Adler of the Franklin W. Olin College of Engineering. What we see in Anakin is someone who allows himself to be controlled by his emotions, acting out of them to the point of irrationality, and due to this he falls to the dark side.

Even oft considered “negative” emotions are not actually a bad thing. “In fact, anger and sadness are an important part of life, and new research shows that experiencing and accepting such emotions are vital to our mental health,” Adler says. “Acknowledging the complexity of life may be an especially fruitful path to psychological well-being.” This is where the Jedi again got lost. To them the world was simple. Midichlorians equals Jedi potential. Light side. Dark side. Everything the Jedi did was based on concretes, even though this is the way of the Sith (“Only a Sith deals in absolutes,” Obi-Wan tells Anakin/Vader in Episode III).

So if negative emotions are, in fact, good for us, one must ask why they are so vilified? The reality is they are not. Think about it. Are you mad that they hit you, or that they were mad? Are you frustrated because they are sad and depressed, or because they won’t seek help? Are you upset about the bombing, or that one group hates another? Everything links back to the action, not the emotion.

The same is true for Anakin. The part that caused actual damage, and eventually sunk an entire galaxy into darkness, were his actions, not his emotions. Emotions are completely natural and should not be invalidated. Actions are what are condemnable.

Where Anakin fell, Luke learned. Luke himself started out by acting on his emotions. Things did not go his way with Uncle Owen, so he whined and huffed, and stormed out of the room. Stormtroopers killed his family, and there is vengeance in his eyes as he decides to become a Jedi. Han tries to bargain, Luke tries to argue. The list is longer than the Kessel Run.

Through Empire Strikes Back, Luke has to work on handling those emotions in a more productive manner. Starting off, Luke seems to have found his way in the Rebellion, which is probably the first time in his life he has known such comfort. Then, as life so often does, a curveball comes over the plate. Ben Kenobi tells Luke to go to Dagobah, where the comforts Luke has come to know will be washed away in the swamp of his spirit as well as the swamps of Dagobah.

A note on Dagobah: it is the visual representation of what Yoda has learned in his isolation and what he will eventually teach Luke. When we first meet Yoda, chronologically, he is in a bright, safe, clean environment. There are clear beginnings and ends, which can also be said when regarding the Jedi of the time. In his isolation, however, Yoda goes to a place where there are no beginnings and ends. Qui-Gon leads him to a place where all life is intermingled, and the dark side has a strong presence. When Luke arrives, Yoda has had twenty years to live in harmony with light and dark, learning to find true balance. And he will teach that to Luke.

So when Luke does come, Yoda tests him, and in turn exposes him. He shows him his impatience and petulance. How he acts on emotion, allowing himself to not just feel it but be rash with it. Yet he does not force Luke to change, but rather allows him the time to grow and make his own mistakes. Yoda has learned to trust the will of the Force in a whole new way.

When the time comes for Luke to make the decision between continuing to train or go to save his friends, Yoda does try to convince him to stay. But he does not force him. We know Yoda has the power to keep Luke on Dagobah, by sinking his ship or some other means. Instead, he has learned that people must do what they think is right and deal with the consequences accordingly. They must learn to handle their emotions through their own journey in the Force.

We even see Yoda tell Obi-Wan that Luke is reckless, prior to proclaiming “there is another.” He has learned that the Force ebbs and flows, and instead of trying to force his will on it to just “go with the flow.” If Luke doesn’t work out, another will come. 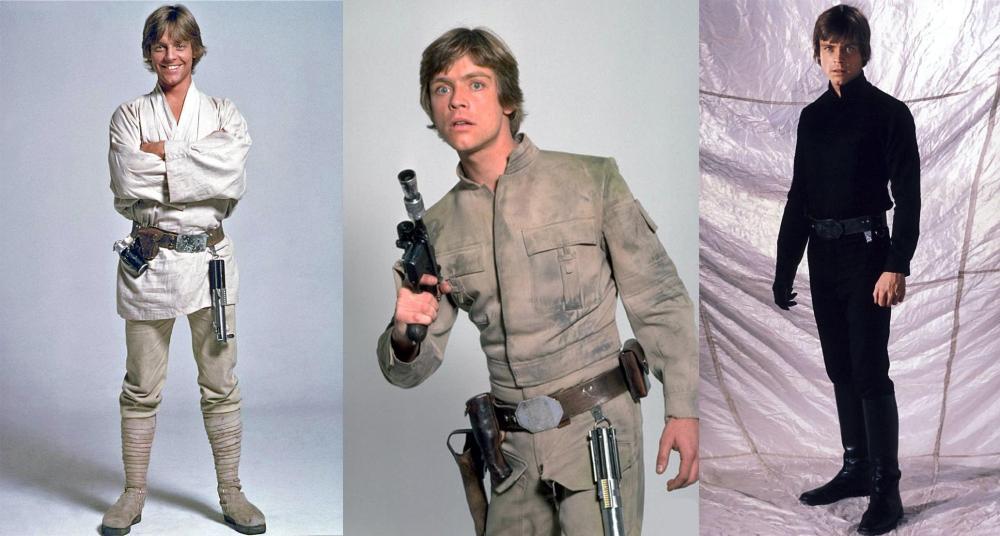 Eventually all of this cycles back to Luke, who has to learn the same lesson it took on of the greatest Jedi of all time generations to learn: trust the Force fully, allowing it to ebb and flow as it may. After Luke leaves Dagobah, we see him getting darker and darker. He is trying to beat Darth Vader by force and sheer will alone, only to end bloody, beaten, and handless. When we see him again in Return of the Jedi, Luke is closer to the dark than we ever thought our white tuniced farm boy could ever go. As the story goes on, he gets darker and darker, until eventually he is standing over Vader, slashing and slaying down harder and harder with each swing. Again, he is trying to overpower, letting his emotions control him instead of the other way around. But then…

Luke comes to a realization. It is not a lightsaber that will win, it is love. What Anakin told Padme so long ago was the pinnacle of the Jedi life is what ends up saving the Skywalkers. Luke learns to truly live what Anakin had wanted to so many decades before. Luke learns to love, and because of this learns to have harmony with his emotion far beyond any “peace” the Jedi of the past imagined.

Come hang out with us on the HoloNet… A place for all Star Wars fans!

Have something to say? Agree? Disagree? Give us a comment below!

One thought on “Don’t Be So Emotional!…Wait, What?”