There I said it. It’s out there. No taking it back now.

It took me quite a while to gather up the gumption to write this particular piece. Not because I thought there would be backlash about loving Rey. (Who doesn’t love Rey? Seriously, if you do it’s time to reanalyze yourself. She has her own word now guys!) No, it took me a while to write this because I had to figure out all my emotions and thoughts that surrounded Rey. I am still working through them, but the ideas are at least clear enough that I can put words (or create words) to them.

Rey has done something no other character in Star Wars seems to have been able to do. She has unified all fans around her and united the fandom once again. That is saying something considering that, in the decade since the prequels, the fans have become more and more split. Rey knocked all of that out quicker than she does a Jakku thug.

I have spent many a year loving that galaxy far, far away, and have loved different characters at different times. From Han Solo to Luke Skywalker to R2-D2, pretty much every major player, save Threepio, has been a favorite of mine at some point or another. More often than not I relate to that character based on what I am going through in life at the time. For instance, if I need some bravado, I edge a bit closer to Han. If I need courage to stand in the face of adversity, I lean more toward Luke. In Rey I have someone I can relate to no matter what is happening in my life. That is pretty awesomtastic.

When we first found out there would be a female protagonist in Episode VII, I was very excited. I am a feminist through and through, and love to see young women changing the lexicon around gender stereotypes. But I was also scared. What with all the #wheresRey stuff going on, it seemed to me that Disney might actually be afraid to promote a female lead. There was a time that I really thought that they might make Finn and Rey equal leads until they saw the reaction to Episode VII, and they would go with whoever had more buzz as the main lead.

I have never been more grateful to be wrong. This is unequivocally Rey’s movie. From the first instant when we see her slide down the rope in the Star Destroyer to handing the lightsaber to His Jediness, she owns the story and owns the screen (props to Daisy Ridley on that one…I told you I loved her too).

Once I saw that this was Rey’s story, and essentially Rey’s trilogy, I had to figure out how she fit into my pantheon of characters. She had the independence and belief in herself that made Han Solo so cool. She had the loyalty that makes Artoo and Chewbacca so wonderful. She has had a hard life, as Obi-Wan, and become all the wiser because of it. She has the courage of Luke and the unending determination of Leia. So, although all the Star Wars main characters have depth and complexity, Rey is potentially the ultimate hero.

But even more importantly, Rey is scarred. All of the Star Wars greats have been flawed, but few have shown it on screen as much as Rey. Luke could have been deeply scarred, having never met his father and then finding out he actually is alive, and oh he’s a mass murderer, but we never see that. Leia could have been, but we never see it. Even Han and Chewbacca, though we don’t know what it is, have to have long history of ups and downs that could have left scars. In the end, though, they are a hero no matter what.

Rey is also. And she also is not. She has the scars of her family leaving her on a wasteland of a planet to scrounge for parts that might, just maybe, buy her enough food not to starve to death. She has Unkar Plutt basically controlling her life. She has been abandoned by literally everyone she knows (Before the Awakening shows this more in depth). 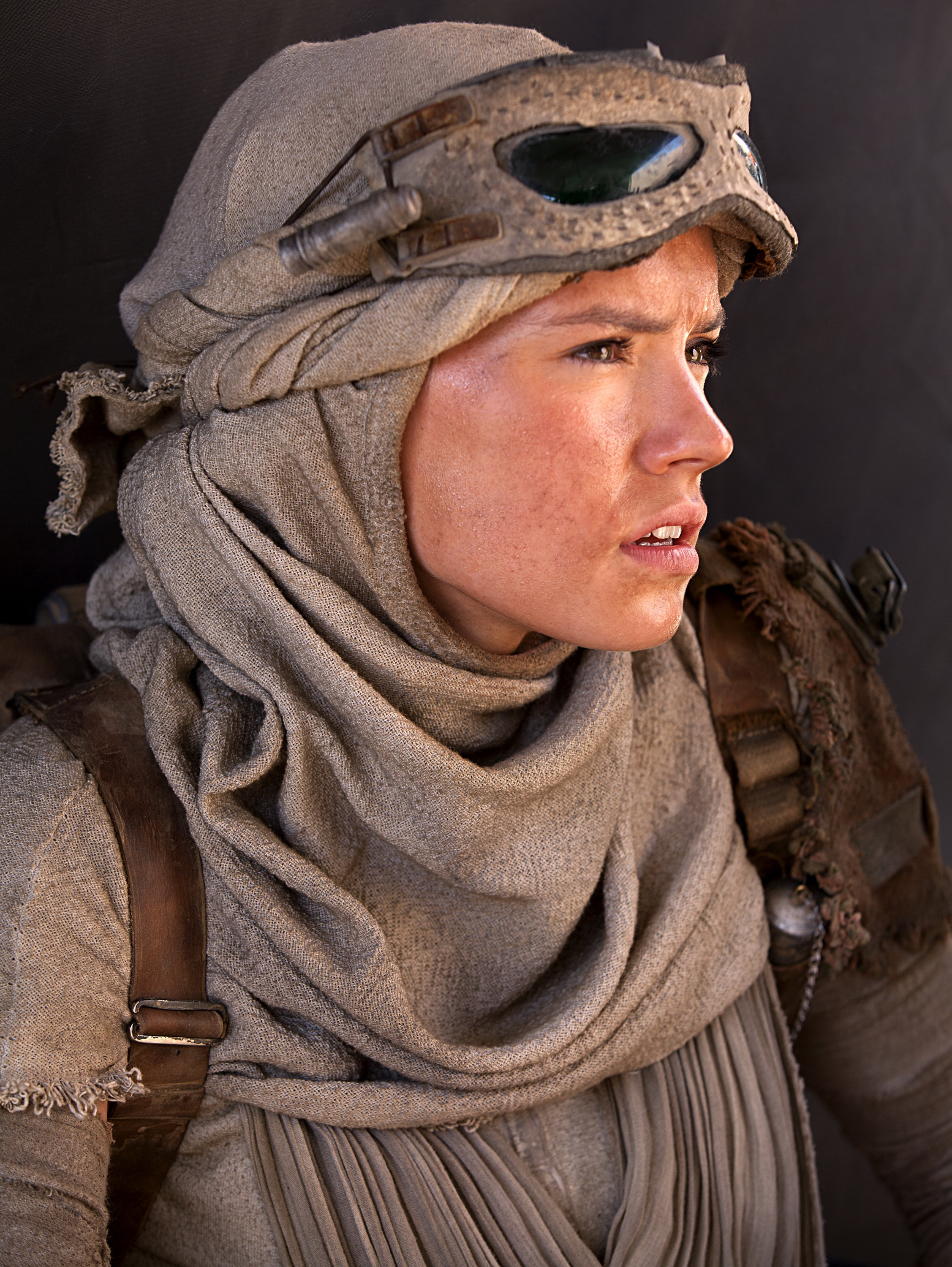 But more importantly, she shows it. When she talks to BB-8 about waiting for her family. When she hugs Finn on Starkiller Base. When she nearly cries as she sees the green of Takodana. When she screams out as the lightsaber pierces Han. All of it shows a trauma deep within her that is bubbling over so much that she cannot help but to wear it on her sleeve. It is both her armor and her bleeding heart.

As a person who has lived through various personally traumatic experiences, I can see myself in Rey. Yet, I am not alone in this. We all have trauma that authored our history, and thus we can all see ourselves in Rey. When she is strong, we are strong. When she admits weakness, it opens us up to speak of our weakness. When she calls the lightsaber to her hand, we know that we too can grasp Excalibur and become the hero we always believed we could be.

It will be interesting to see, as this new trilogy unfolds, how Rey’s story evolves. With how little we truly know about her, there are endless avenues we could travel down, and regardless of what they are they will add needed depth to her tale. My hope, deep in my feminist heart, is that she stays as wonderful as she is while also growing to become the greatest hero Star Wars has ever seen.