Master and Apprentice SPOILERS ahead!

With the coming of Episode I came many new facets of the Star Wars galaxy. Ideas like the Force being balanced, the Chosen One, and prophecy were all added to the lexicon. With that came many discussions, interpretations, and connotations of the galaxy. Yet in there was one, shall we say, “truth,” that seemed to be held by every fan, whether he or she realized it or not.

There is one prophecy. The Prophecy of the Chosen One.

Well, bad news, bears. We were wrong. There are many prophecies, as presented in the new sacred text for Star Wars fandom, Master and Apprentice. Once again, our understanding of the galaxy, pre-Phantom Menace and beyond, has shifted. While we don’t have a holocron to dig through, Claudia Gray was gracious enough to provide us with at least some of these Jedi prophecies.

There are a lot of directions this one could take. The easiest, it would seem, would be Mother Talzian. She is the epitome of the dark side, and she births the Nightsisters, Maul, and Savage Opress. All gave birth to darkness throughout the galaxy. This could also support the idea of Dathomir (the red planet where we see Kylo Ren at in the trailer) playing a role in The Rise of Skywalker . 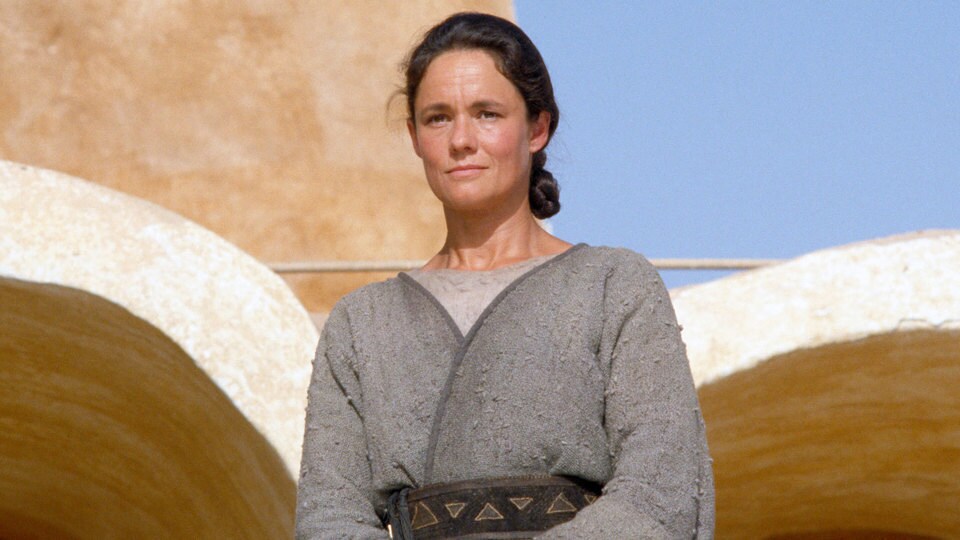 Or this could mean something completely different. Note that it says born “to darkness,” not with darkness, for darkness, by darkness, or even because of darkness. This implies said individual was thrust into the darkness against his or own free will. This could mean Shmi Skywalker, possibly born a slave; slavery is one of the worst forms of darkness to exist in any world, real or fictional, and if Shmi was born as a slave, it would hold that she was born “to darkness.” Giving birth to Anakin would then be the darkness that she gave birth to.

“When the kyber that is not kyber shines forth, the time of prophecy will be at hand.”

This one is pretty well laid out in Master and Apprentice. Still, it should not be brushed by or taken for granted. Kybers are extremely important to Jedi tradition and lore, and the idea of an impersonation of that heart is foretelling.

The Jedi lived to serve the Republic, or so they believed. Even Yoda was willing to make sacrifices to uphold that ideology:

“We work within our mandates, and there do as much good as we can.”

The Republic became the thing the Jedi worked for, rather than the Force. Yet it is the Republic, or rather its Chancellor, that betrayed the Jedi to start the path that leads to what the prophecy of the Chosen One spoke about.

“When the righteous lose the light, evil once dead shall return.”

As it seems to go, these prophecies have many potential interpretations. Here, we could well be talking about Maul. What happened to the Jedi, the righteous, in the prequels? They lost the light. Maul returned. Further, the Jedi were so blinded by the dark side they couldn’t see the evil of the Sith, long thought dead, that was right in front of their face.

Another possible explanation is that we haven’t seen this prophecy come to pass, but will see it in Rise of Skywalker. In this case, the evil once dead would have to be Palpatine, but what about the righteous losing the light? This is where things do get a bit tricky, however playing with word structure is kind of a “thing” for prophecies. Consider, if you will, that Leia, a beacon of hope and inspiration throughout the original trilogy despite all the tragedy she endured, gave up hope in The Last Jedi. She feels the light leave because the righteous, redeeming Skywalker line seems to have failed, with Luke in hiding and Kylo Ren ascending to the top of the First Order. It might be a moment, but it could be the exact moment Palpatine needed.

“Only through sacrifice of many Jedi will the Order cleanse the sin done to the nameless.”

We know very little about Count Dooku’s conversion to the dark side, and because of that we must cling to what information we have and extrapolate from there; Claudia Gray was kind enough to assist in this manner. In Master and Apprentice, we get some vital information about Dooku. For one, he started at least meddling with the dark side, and learned Force lightning, while still a Jedi. Secondly, Dooku had a fascination with the prophecies.

Dooku would have seen this prophecy, and he may have taken it literally. Thus, when he meets Palpatine/Sidious, he might have seen it as an opportunity to bring this to pass. This would explain exactly why Dooku does not seem to be as immersed in the dark side as the rest of the Sith. He turned not because he believed in the dark side, or even Sidious’s master plan, but because he knew someone would have to sacrifice the Jedi so that the pain the Order caused the layperson pain. He was just strong enough to bear that burden. I see you, Thanos.

“The danger of the past is not the past, but sleeps in an egg. When the egg cracks, it will threaten the entire galaxy.”

An egg? Huh? This is certainly the trippiest, and hardest to decipher, prophecy presented in Master and Apprentice. The danger of the past not being the past is pretty logical. The past is done and gone, so it cannot threaten to cause more issues. All problems are in the here and now, as Qui-Gon would say. There is no past and no future.

Still, we know from sources like our own lives that things are not so simple. The past does leave scars, and create future problems. The Empire built the First Order. This is where, I believe, the egg comes in. An egg is born of the past and promises the future. Thus, the threat sleeps within that contained space, as we know the First Order did in Wild Space. Until they didn’t. Now, with the First Order presenting itself to the galaxy at large, it has broken out of the shell and cracked the galaxy. 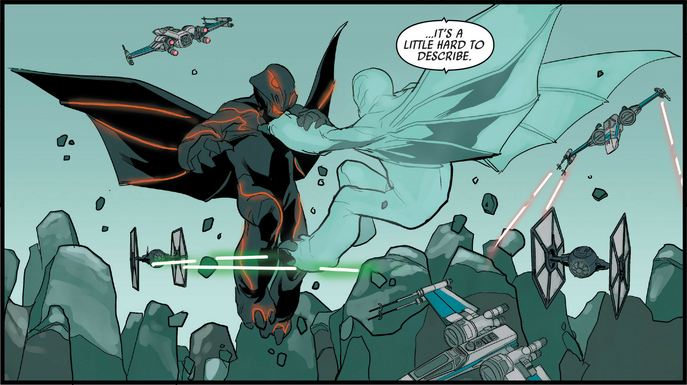 There are certainly other, more literal, interpretations of this prophecy as well. Poe Dameron faces of with a Force worshiping group in the Poe Dameron comic series; this group is protecting an egg which they believe will birth a savior. It turns out just to be a giant monster, but it does beg the question if there is something else out there that could threaten the entire galaxy.

“When the Force itself sickens, past and future must split and combine.”

The entire saga is the story of the Skywalker family, and equally it is the tale of the Force repairing itself. With the rise of the  Sith, the Force became sick. Plausibly, Anakin is manifestation of the sickness. Either way, as a result of one or both of these things, the Force has to heal.

To do so does not simply mean the Skywalker line needs to die off nor that the dark side needs to be forever conquered. Instead, as the prophecy foretold, the past and future must be reconciled, which is what we are getting in the sequel trilogy. There are numerous ways this can be interpreted, but based simply on what we have so far, here is what seems the simplest and most likely explanation. Ben Solo, birthed of the past, carrying the legacy of the Skywalkers, Darth Vader, etc., is in a push/pull with the future, both in the form of the future he is trying to create and Rey, who represents the way to move forward. As we left these dual protagonists in The Last Jedi, they are split. Now they must combine, and heal the galaxy one last time.

Anakin. Seems pretty simple, right? He died in Return of the Jedi, and Luke says in The Last Jedi that balance was returned, for a time. There’s even an argument to be made, and yours truly has made said argument, that Luke and Anakin are dual protagonists.

However, what we see in the sequels is that the balance does not last. Can the balance brought by Anakin/Luke be considered “ultimate balance?” It would seem not. The prophecy states that this balance will be achieved “through him” and not “by him” nor “because of him.” This is not take away from what Anakin and Luke achieved in Return of the Jedi, but that was on a personal scale. Anakin didn’t kill the Emperor because he was the Chosen One nor to bring balance. He did it for the love of his son. Thus, when we move to the sequels there is more to be done. Somehow, Rey and Ben must find more than a band-aid to heal the Force, and bring ultimate balance….