Skip to content
Posted on November 8, 2018 by Brandon Boylan

Star Wars is a mythology that, like all mythology, is trying to teach us about life; in the case of Star Wars that includes the relationship between fathers and sons. All of Anakin’s father figures in one way another failed him. Luke’s story centers around his relationship with his father. Within all of that, and what must not be forgotten, is that the relationships we have, or lack, define the person we become. They form our very identity.

“You have too much of your father’s heart in you,” Snoke proclaims as he chastises his kneeling, wounded, begging apprentice. Too much of his heart. Too much of the “good guy.”

Solo: A Star Wars Story is about a young man escaping from a situation that he doesn’t like and finding his place in the galaxy. It is a coming of age story in the classic tradition. With Kylo Ren, we start once he thinks he has already found himself, but we learn that he has not. He speaks to the mask of his dead grandfather, trying to cling to the power that has become him. He admits to being torn apart. There is light and dark in him, and he knows not how to control both at the same time. To find balance.

Han’s story in the original trilogy is similar. He starts of as someone trying to push away the “good guy” that lives inside of him, to be a standoffish rogue and scoundrel. In his mind, he cannot be both the scoundrel and the good guy, and his story goes on to show him learning how to do that; by Endor he is a general but we still see that improvisational, “never tell me the odds attitude.” The action is the same, although the intention has changed.

Kylo is in a similar spot, pushing away the Ben and putting on the mask of Kylo Ren. But in The Last Jedi, the mask comes off. No, rather, the mask is shattered. The facade begins to fade away, but we see Kylo desperately trying to hold onto that dark side of him. It causes him to make rash decisions in an attempt to cling to that which he has used to define him, killing Snoke and brashly facing Luke Skywalker. We see his anger consuming him, causing him to miss the clues the Luke isn’t there and fumble what should have been an easy victory for the First Order.

His actions are selfish, just like his father’s were in leaving the Rebellion and heading off to pay job after what happened on Ord Mantell. But Han can never really, fully allow himself to be consumbed by that selfishness. He has always cared for Chewbacca, and his actions in Empire show that caring expand out to Leia and his new found family. Return of the Jedi expands that out to the galaxy as a whole. The change from Solo to Jedi is a fall and redemption of sorts, one of a good guy trying to be a bad guy until he finds the ones that show him the value of the balance between the rogue and the hero.

Balance is a word that gets thrown around a lot in the Star Wars lexicon of cliches, but it is important to the story, particularly when it comes to Kylo Ren. For one, we’re told that he has equal propensity for light and dark, so we know that he is choosing the darkness out of his own accord, as his father choose to be a scoundrel. But we know from Han that you can never fully rid yourself of your true nature, and the light is a part of that. Rey, like Leia does for Han, forces him to confront that and the light begins to pull him back, calling to him and creating conflict.

Han’s conflict lead him to sacrifice himself in the carbonite chamber. While we, the audience, know that he is going to be alright, in universe he is walking to his death; in that moment he finally makes the full conversion, cajoling Chewbacca to protect the princess. The platform sinks, and the rogue is put to rest. When he emerges in Return of the Jedi, he is a fully formed hero (even though the attitude remains the same, the intention is extremely different from the scrumrat he used to be). 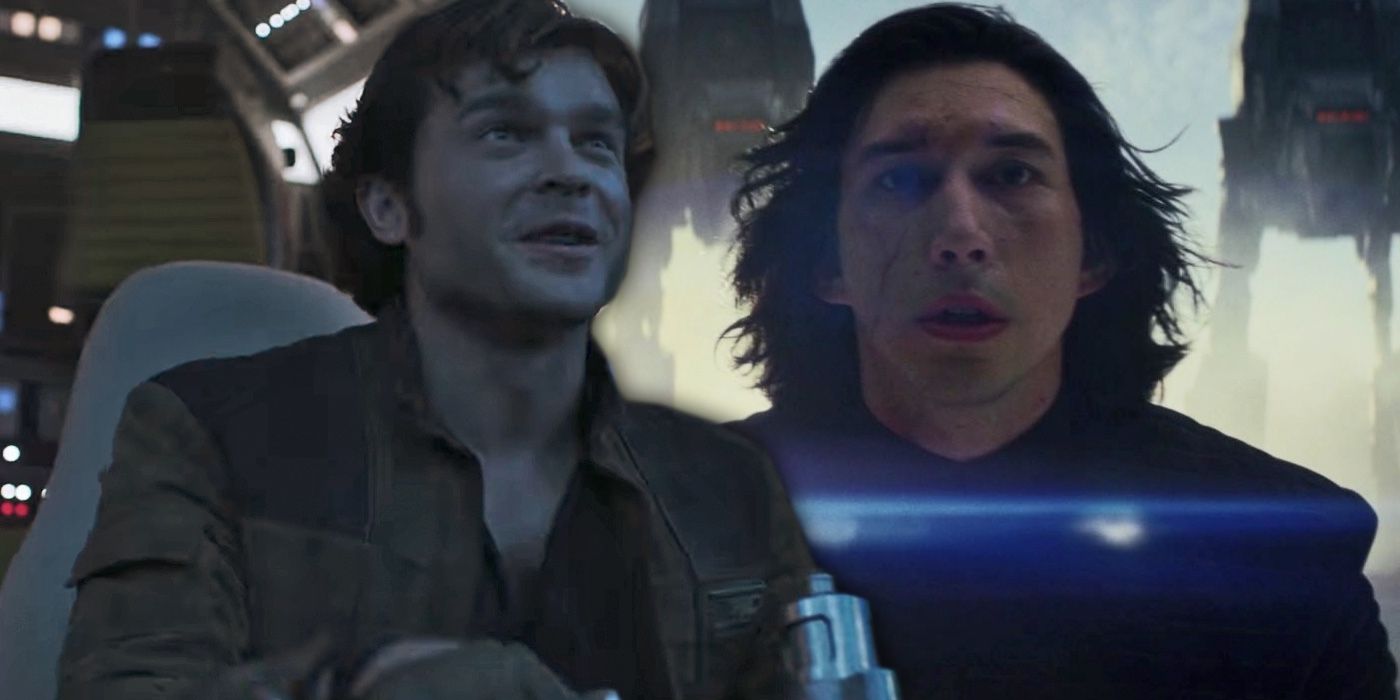 As we go forward with Kylo’s story, there are only a few paths he can take, and Han shows us two of them. First, the easier, more seductive path: selfishness and dark side consumption. As Supreme Leader and having the galaxy firmly under his thumb, this would be the complete fall and death of Ben Solo. Han could have escaped Echo Base, let Luke die, or tried to run from his fate. The opportunities were there, but the actions weren’t. Instead, his actions went the other direction, towards selflessness and true heroics. This is the path Ren will most likely follow, if for nothing else than because he has too much of his father in him.  He will notice the need around him, and more importantly care for those around him, to such a strong extent that he can no longer watch the world burn.

And, like his father before him, he will be the hero the galaxy needs.