One of the tenets of emotionally resonant characters is some form of struggle, particularly internal struggle. The most long lasting stories and characters have always focused on this, with the intention of helping us understand the human conditions.

Star Wars, being the modern mythology that it is, holds true to this ideology. Internal conflict can be seen from Han deciding how his new friends fit into, or reshape, his life; Leia struggles with her feelings for Han and the tear between love and duty. Padme struggles with how to balance her feelings for Anakin with the responsibility she feels to improve the galaxy.

In fact, the only characters that we see who do not grapple with their place in the galaxy are either fully developed characters, such as Chirrut Imwe or Mon Mothma, who are meant to be anchors for both character and audience, or those purely devoted to the ways of the dark side, such as Palpatine, Snoke, and pre-reconstructive leg surgery Darth Maul. 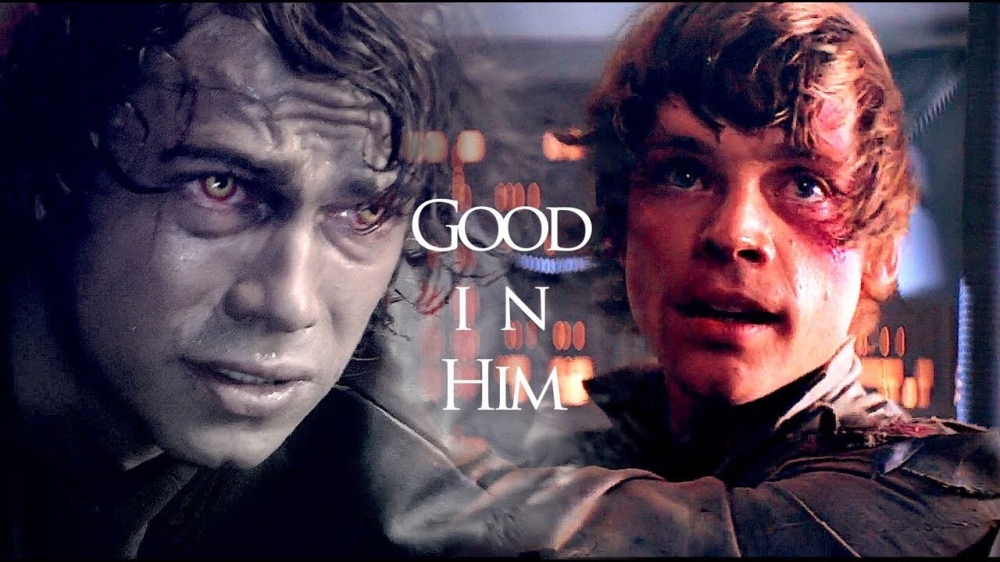 Thus, internal struggle is a stalwart of our protagonist characters. The idea is woven throughout the hero’s journey, which was a fulcrum element of Lucas’s construction of both the prequel and the original trilogy. Luke’s journey sees him fail miserably on Dagobah and Bespin, leading him to come to the conclusion that more power will equal an elimination of such flaws. This is on full display at the beginning of Return of the Jedi, where our black clad hero is Force choking guards and threatening the lives of another being (a very un-Jedi thing to do). In fact, he sounds a lot like….

Anakin also failed in his time of challenge and temptation. He failed to separate emotion from duty, to let go of control, and to see the bigger picture outside of himself. This is where Luke and Anakin’s paths truly diverge. Luke went to Bespin to save his friends, not for personal gain. Conversely, Anakin returned to Tatooine not to save his mother, although he masked it in such claims. He went because he could not let go of his attachment to his mother. He went because he couldn’t allow her to die because of what it meant to him. Therefore, when he fails in this endeavor, his reality is shaken to the core.

Juxtapose that to Luke going to Vader and Palpatine on the second Death Star. Luke had no intention of making any gain. He was there for the purest of pure reasons. He wanted to protect his friends and save his father. It is plausible, and in fact highly likely, that Luke also knew that part of him wanted to be able to have a relationship with his father, but that was not the crucible element. Pure love was, which is what distinguishes Luke’s successful hero’s journey from Anakin’s failed one.

From this we can surmise that the intentions of the heart and soul are essential in defining the true “goodness” of an act. Even a good deed done in vanity will be found lacking. This leads to the real problem of internal struggle. The problem itself, such as Luke deciding whether to go Bespin or stay on Dagobah, has set of answer and outcome. But those are definitive things. X+Y=Z. However, knowing whether you are acting in the truest form of selflisness gets a tad bit messier.

This is where we find Rey and Kylo in the sequel trilogy. Whereas Luke and Anakin both started their journey’s with bright eyes and bushy tails, Rey and Kylo have more life experience and therefore more baggage to go with it.

The interesting part is that they are the ying to each other’s yang. Rey has had this thing that has “always been inside her… but now it is awake,” and she is trying to figure out what to do with it. She spent years in the harsh nowhere of Jakku, and she knows little of greed (wait a minute…). However, she knows, unlike Luke when he was on the farm, that things are not clear cut black and white. She brought back good scrap only to earn quarter portions. But unlike Anakin, she does not have a bedrock like Shmi guiding her to clear definitions of good and evil.

That’s the ying, so now for Ben Solo. Ben is the antithesis of Rey, for he grew up in a home with two parents who loved him, wanting nothing for food or shelter. Yet in all this good, he was able to find the terrible. Whether it was an ingrained disposition or resentment towards working parents, Ben Solo was moving towards his dark side alter ego before Uncle Luke pulled a lightsaber on him. All the while, he feels like what he is doing is right. It is justified. If someone who is as fortunate as him could have a messed up reality, the galaxy must be broken, right? If the son of two legends can feel lost, the galaxy must be broken, right? 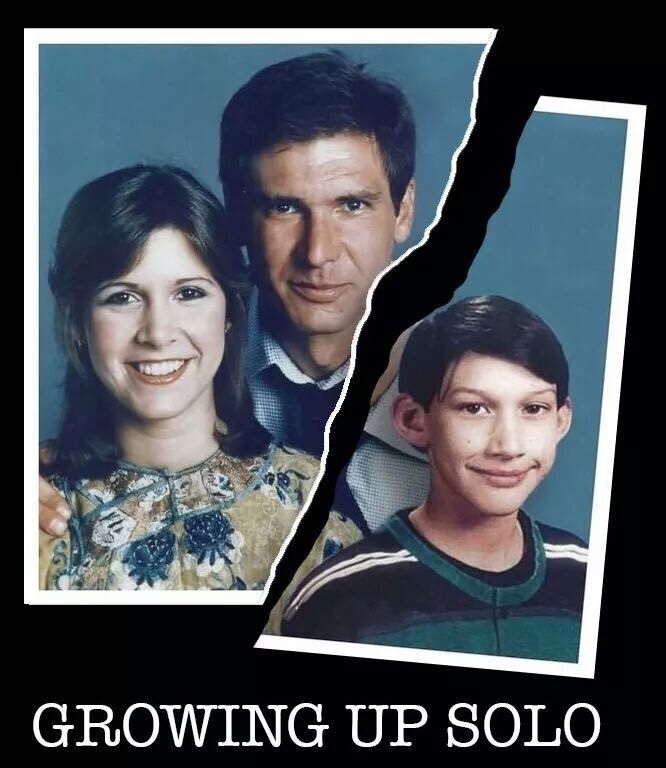 In the throne room on Snoke’s ship, Kylo extends his hand out to Rey and asks her to join him. To rule together. This is a genuine request; if his eyes did not tell enough of the story, his “please” most certainly does. Unlike Vader to Luke on Bespin, Kylo’s request has pure intentions.

This is where we are left with Rey and Kylo. With Anakin, there were immediate consequences for his actions and selfishness. He goes to save his mother, his anger rises, and he kills a bunch of Tusken Raiders. Bespin, in the long run, provided Luke the humility he needed. But more immediately, it made him realize that he didn’t need to be the only hero. It taught him to trust in his friends, which we see happen in the beginning of Return of the Jedi. Rey and Kylo are…. well… in limbo. Yet, it is not the definitive answer that matters most. Like the old phrase says, journey not destination. The one truth we can gleam through all of our heroes is that life is a messy expedition, and sometimes even the best of intentions can lead to the worst of outcomes.