SPOILERS FOR THE REBELS SERIES FINALE BELOW….

Finally, we all have the answer we have been searching for… Ahsoka lives.

Many had prothletized and prophesied that Ahsoka would be alive, but not in the same way as you and I are alive. Rather, she would be a “god” of sorts, a la the Mortis trio, thanks to her having the final breathe of life from Daughter.

Now, however, there is a clear and definite answer. We have seen living Ahsoka post Return of the Jedi. Why, then, is she not a part of the original trilogy? What happened in those years between Rebels and ROTJ? What does it all mean?

To find the answer forward, back we must look. Back into the world between worlds. 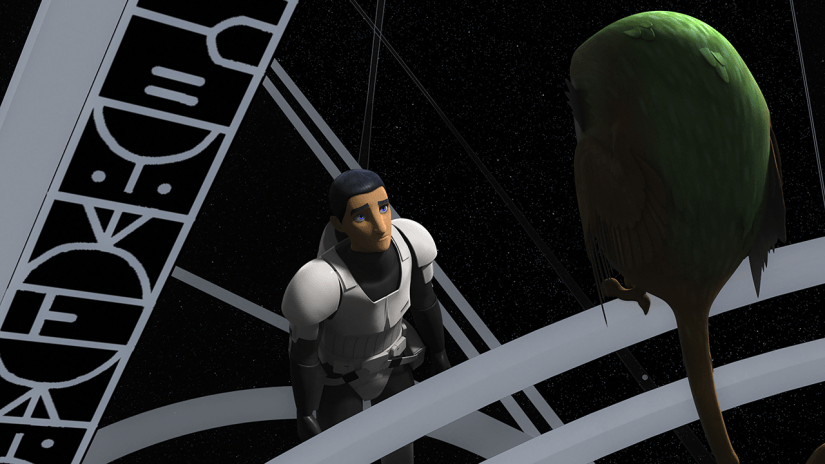 In Empire Strikes Back, we learned that “always in motion, the future is.” Well, apparently, the same can be said for the past. Despite the intentions of Filoni and crew to make it seem that Ezra saved Ahsoka from dying, an argument can most certainly be made that she would have survived either way. The important point at the end of all of this, however, is not how she survived. It is that she survived.

Ahsoka lives… but why? Why does a character that was for all intents and purposes shoehorned into the middle of two films need to still be around during the time of Luke, Han, and Leia? 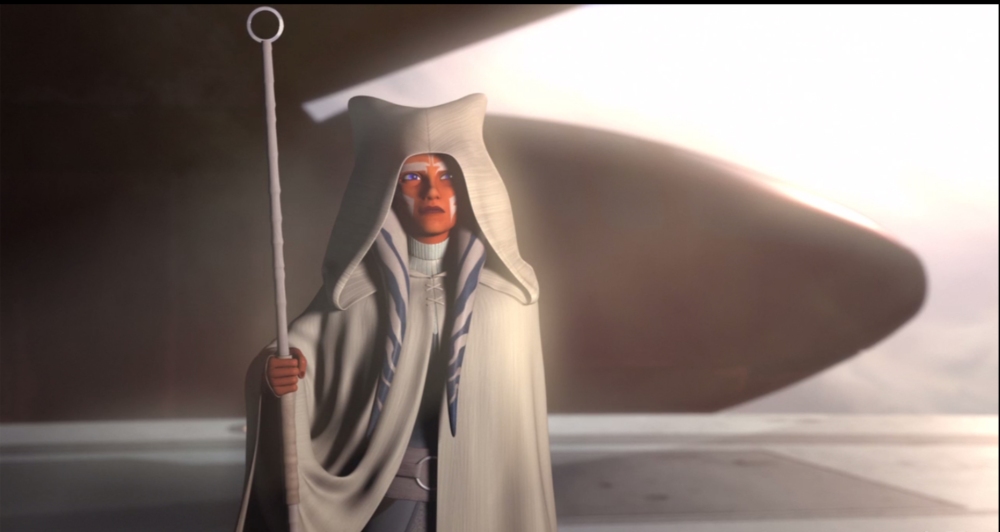 For one, there is the impact that she has had on fans, both male and female. For young girls to grow up with a female Jedi to look up to matters. For young boys to see a strong, confident, fearless woman is vital. Make her a Jedi and you have a recipe for a more accepting and welcoming fandom (which, despite the recent drama, I hold Star Wars fandom is). But even more than that, Ahsoka matters to the fandom because she is the one who, in the hardest of hard moments, created her own path. All by her own design. The same cannot be said for any other character, even Luke Skywalker. For those of us who have felt lost, broken, betrayed, and let down by those we look up to, that matters.

She is the light in the darkness.

Which brings up the in universe reason for why Ahsoka has to live. She is the light in the darkness, a glimmer of hope in the swelling of the dark side that the galaxy is still a place of good. That the Force is life giving, not life taking. The eternal light must still blaze so as to ignite the spark that Luke Skywalker will use to burn the Empire down. 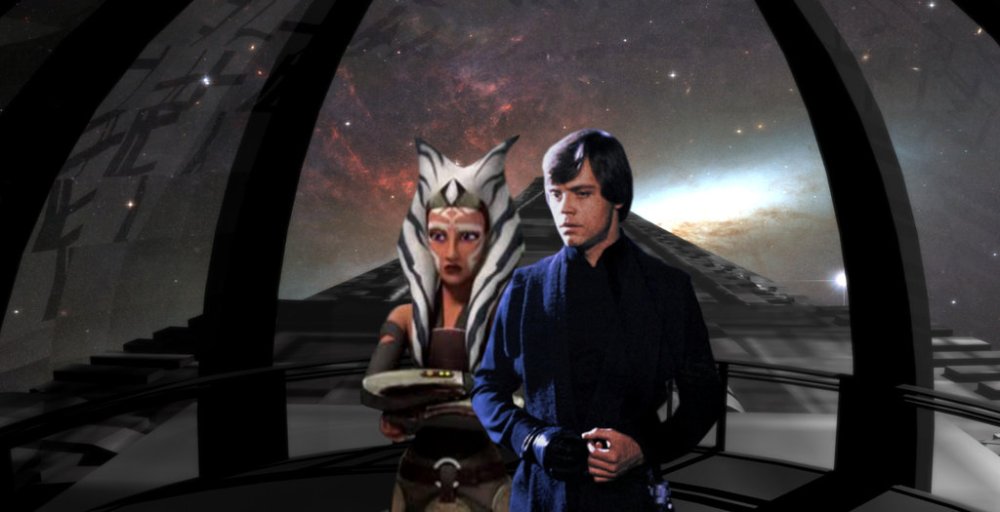 Consider hope as the flame on an Olympic torch. The torch is passed from runner to runner, across the world, until it reaches its final destination, where it lights the beginning of something the world has been looking forward to. The same is true for hope in Star Wars. It passes from the Jedi to Anakin to Kanan and Ezra to Ahsoka to Chirrut to Leia and finally to Luke. Despite all the terrible things that happen, these characters, even Anakin, keep hope alive at a critical time and pass the torch at an equally critical time. Albeit they may not meet directly, there is a connection through the Force that the story presents.

Ahsoka, ironically enough, is the fulcrum. She connects the hope of the prequels, lost when Anakin fell, to the hope of the original films, wherein Luke rose. At Mortis, Ahsoka was saved by the dying breath of Daughter, a conduit of the light. In doing so, Daughter passed the torch to Ahsoka, to be a light for others in a way no one else could. Which she did for both fandom and characters. 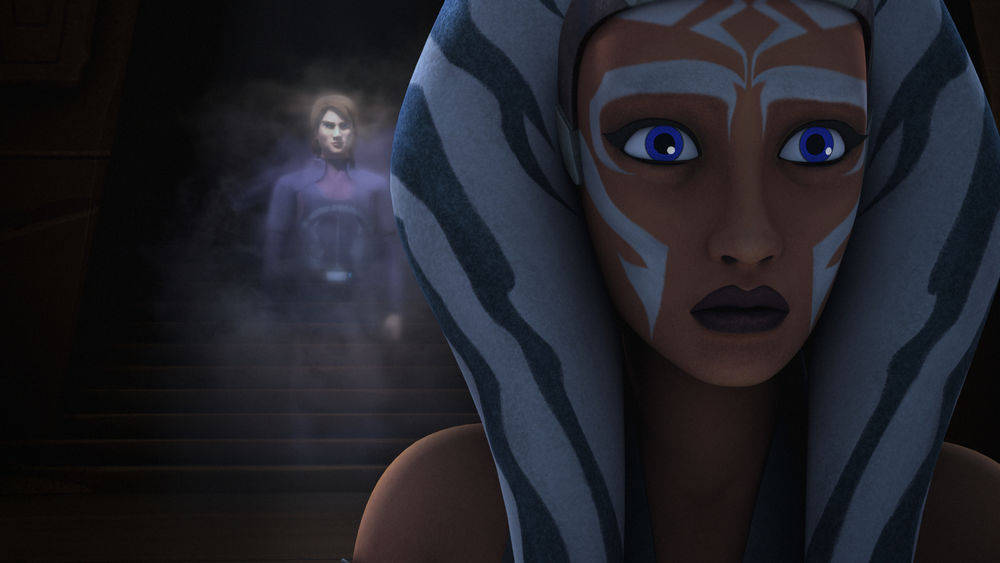 On a personal, more intimate level, Ahsoka has to live because of Anakin. She has to live to be his light in the darkness. It is Anakin that links Daughter and Ahsoka, passing life, light, and hope from one to the other. Despite Ahsoka being manipulated by the will of Son, Anakin never lost hope. Now it is Ahsoka’s turn.

When they are dueling on Malachor, Ahsoka says, despite her visions and intuition, that she cannot believe Vader to be Anakin. When she finds out it is in fact true, she promises, “I won’t leave you, not this time.” So she stays on Malachor, a light in the darkness. By staying there, she pushes back the darkness overtaking the galaxy, and in doing so pushes back the darkness overtaking Anakin. Malachor is a crux of dark side power, a battle station fueled by the dark side. Ahsoka is the exhaust port, just waiting for Luke Skywalker to explode into the galaxy. 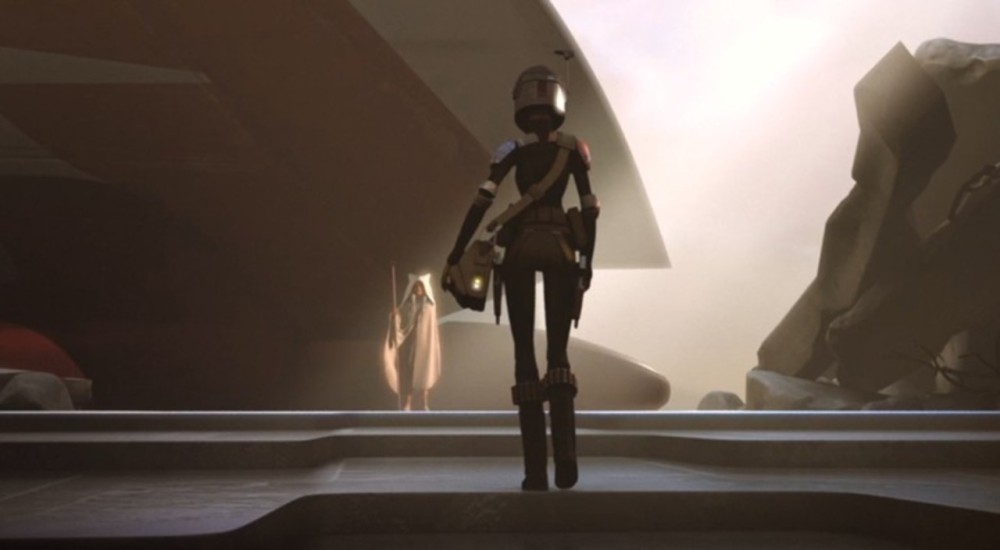 Ahsoka is not, nor could she be, The Chosen One. That is undoubtedly the and honor bestowed onto the Skywalkers, however one may interpret that; still, Ahsoka is critical. She is the light, the ember, the hope, even if just for a moment. She is Daughter to Vader’s Son. She may not be The Chosen One, but in the eyes and through the will of the Force, she is a chosen one.

And that is okay with me…

7 thoughts on “Ahsoka: A New Chosen One”