The old saying goes, “Like father, like son.” Considering that Star Wars is a family story, one would think that this would stand true in the saga. Yet, as Bryan Young of Full of Sith presented, when it comes to the Skywalkers, that might not be as true as we once thought.

The fall starts with his love for Padme and, according to Yoda, his inability to let go of that which he loves. One of the reasons he is unable to let go of that which he loves is due to his headstrong attitude, the first glimmer of which comes when he is just a young boy, debating with his mother about podracing to help Qui-Gon and Padme. He has a belief and a goal, and be damned if he is not going to reach that goal.

As life rains on the young Jedi, the flower of headstrongness comes to full bloom. Attack of the Clones is a buffet of examples to this regard. Jumping out of the speeder. Claiming to be as good as Master Yoda with a lightsaber. Disobeying the Council. Killing the Tuskens. Going after Dooku. Anakin believes, no matter what anyone else says, that his way is the right way. If it is not? Well, he is just going to figure it out on his own regardless. 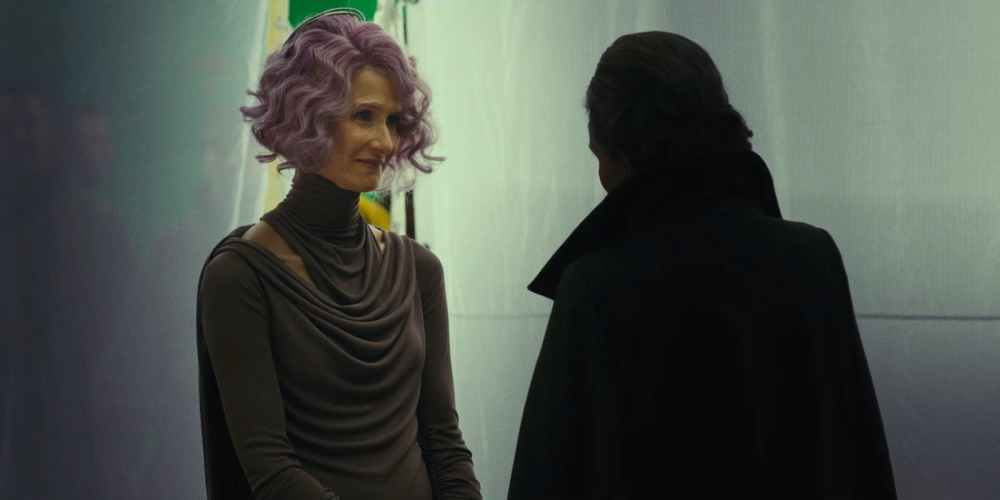 Sounds like a certain princess we’ve heard of before. The new novel by Claudia Gray, Leia: Princess of Alderaan, is an expose to this fact. The through line in the novel is about Leia learning that her parents are forming a rebellion and trying to find (or force) her way into it. Time and again she disobeys her parents instructions, or what she knows they would want her to do, in order to get more information and find a way in. The Clone Wars is chalked full of Anakin doing the exact same thing with regards to the Jedi Council. Yoda even goes to Anakin for help in this regard during the season six “Lost Missions.”

Leia is also like Anakin in a much more positive way, as she is fiercely loyal, though not always cordial, to her friends. As Han and Leia bicker but still love each other, Obi-Wan and Anakin do as well (although the love is a different form, the expression is the same). When those friends are in trouble, they are going to do what they need to do, even to the detriment to their own well being, to help them. Leia becomes Jabba’s slave, Anakin goes to save Obi-Wan on Geonosis. Both are put in tough spots because of the love they have for those close to them, and both will fight to the bitter end in order to protect that friend’s well-being. Thank the maker it usually turns out for the best (save for that whole becoming a Sith Lord situation).

The commonality between all of these examples comes down to the very simple idea that Leia and Anakin are fighters. Shoot first, ask questions later. Sometimes this puts them in tough spots, and sometimes it even puts those they love in tough spots, but the same attitude tends to be the one to save the day. Leia never loses this attitude, even with all that goes wrong. In The Force Awakens, she is at the front trying to find a plan to destroy Starkiller Base. In Bloodline she runs covert (aka illegal and not sanctioned by the Republic) missions to learn more about the rising First Order. Ever like her father. Even in the end, when Vader is Anakin, he holds true to this. It starts with fighting Luke, but in the end it turns to him taking action to throw the Emperor into the pit on the second Death Star. He doesn’t beg the Emperor to stop, or even try to negotiate (as Obi-Wan might). He takes action. 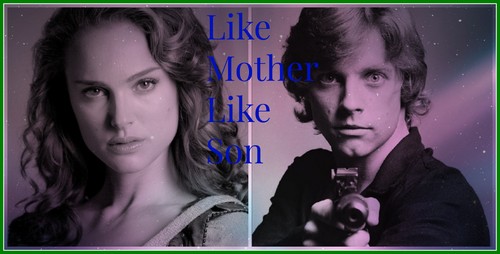 Great symmetry is one of the things that makes Star Wars so fantastic, and that holds true with the father daughter combo of Luke and Padme. Despite never meeting his mother, Luke’s nature is similar to hers in numerous ways.

First and foremost is that both Padme and Luke are able to think on a grander scale. For Padme it starts as a young queen, and then progresses as she becomes a senator, culminating with her questioning if things in the galaxy are the way they should be. Much like this, Luke knows that the galaxy is bigger than his homestead, and knows that it needs help. This is, in part, why he becomes a Jedi. Each has an internal drive to make the galaxy a better place, and do so by leading by example.

Most importantly,though, they know that it is the relationships they make that will shape the larger picture. They are always looking out for those they love, trying to help guide them to living good lives.

In contrast, Leia and Anakin look at relationships on a much more personal level. Leia goes to save Han simply and purely because she loves him, same as Anakin following Palpatine to try and save Padme. In the new Leia book, every instance in which she thinks of protecting or helping someone it is not about what they are doing, but rather who they are. When she shields Kier and Amylin from knowing certain things, she doesn’t speak of the rebellion, but of protecting her parents. 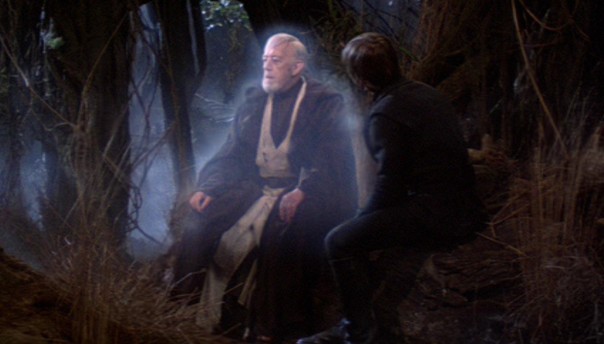 While Luke does truly care about the relationships of which he is a part, to him the relationships are part of a larger whole. Part of the Force. He pursues Yoda to become a Jedi because it will benefit the galaxy. Even when he goes to save his father, it is with the intent of improving the galaxy. It makes the deed no less altruistic, just differently focused than were Leia in the situation.

Luke’s mother was the same way. As a politician she had to make relationships, but she knew that those relationships would shape the galaxy so she approached them with the virtue in her heart so that the galaxy would reflect that. We see this attitude throughout the Clone Wars, from her interactions with Bail, Ahsoka, and numerous others. Of course, we know that things did not go as planned, and instead democracy died to “thunderous applause,” but let us not take for granted that Padme was a rarity in her field, just as Luke was in his.

Taking this role of leadership puts certain responsibility on these characters. Just ask Spiderman. When it comes down to it, Luke and Padme both step up when they need to. They don’t ask others to lead for them, but instead set the example of what they expect others to be. Padme is the first to begin unchaining herself in the arena on Geonosis, and likewise Luke took the first leap on Jabba’s sail barge to ignite both his green saber and the rescue of Han and, coincidentally, Leia.

Like any good leader, these two set the standard for all around them. Sure they have times of doubt and angst, as anyone would, but when times are hard they tend to make the right choice. Padme goes to Mustafar, just like Luke goes to Cloud City, knowing she may die. Padme, like Luke, uses her relationship with Anakin/Vader to not only try to save him, but to save the galaxy. Both have a deep desire to see the galaxy get better but are not willing to wait for others to make it happen. That takes a certain amount of gumption and a good moral compass, which undoubtedly both Luke and Padme have. 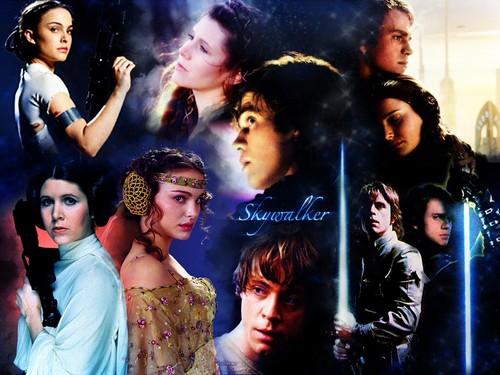 All of this is not to say that Luke has no traits of Anakin and Leia has none of Padme. Every child, by nature and/or nurture, is bound to have qualities of those who came before them. But what is quite intriguing, and frankly quite appealing, is that while Lucas told his story of father and son, Anakin and Luke, he connected each of those characters with the likeness of a strong female lead in Padme and Leia. It creates a yin and yang, an inverse rhyme if you will. And it is the fuel that propels Anakin’s life.

One thought on “Family Ties: The Opposing Reflections of the Skywalker Family”