We’re attracted to characters for a number of reasons. It could be because they get to act in ways we never could or because they have values we wish we could stick to. Sometimes it’s just a physical thing and other times it’s much deeper. Attraction doesn’t make a character interesting. What does is when what they want and what they need are two different things. Compelling.

Before taking a deep dive, let’s clear up the differences between want and need. There are two ways to look at any story- the plot or the theme. The plot is moved forward by what characters want. Theme is tied to their needs. Leave Tatooine behind for a minute and head to Pride Rock. After thinking he killed his father, Simba runs away. He wants to pretend his mistakes never happened and leave his entire life behind. It becomes the driving force of the plot- will he return and save his pride or will he get what he wants?What he needs is to face who he really is and find the truth. Self-acceptance and forgiveness are two of the major themes of The Lion King. Simba fits the criteria for an interesting character: want and need at odds with one another.

Of course, every Star Wars character has some appeal for obvious or not-so-obvious reasons. Everyone loves the grit Han Solo acts with and the fear in the audience anytime Vader shows up. But based on want vs. need, who is the most interesting?

A Jedi turns to the Sith and goes back to his family’s wealth and title to manipulate the galaxy. It’s a fun story, but the character falls flat compared to others. Dooku wants power, just like every other Dark Side user. There’s nothing special there. What does he need? Dooku holds on to his power by creating chaos, pitting massive groups against one another and orchestrating an entire war. In all that time he never needs to accept himself, redeem himself, or the love and trust of another person. We have virtually zero idea what it is that Dooku needs. It’s simply his want that drives him. Even if his back story was flushed out more and we saw his fall from grace, he doesn’t seem to need anything more than power itself. He’s a two-dimensional character who never leaps off the screen.

For as skilled as Padmé is on the Senate floor, she’s even more badass on the battlefield. She’s a wonderful mix of compassion and strength, so it’s no wonder so many people inside and outside of the Star Wars universe look up to her. She wants to fight for democracy and freedom. She also needs to fight for democracy and freedom. All the while, that set of wants and needs is contesting with her other set of wants and needs, which have to do with her emotions towards Anakin. It is a complex mix so jumbled even the Force could not discern between the intertwined tendrils.

Yes, the Golden Boy himself is only #8. Of course he’s interesting because he’s so relatable. A simple farm boy who does everything we all want to do. He goes off on a wild adventure to learn with one of the wisest men, the most skilled pilot, and the bravest princess around. What he wants more than anything isn’t to save the galaxy or fame or fortune. It’s to become a Jedi. And what he needs (and the rest of the galaxy needs him to do) is to become a Jedi, but even more to become what a Jedi should always have been. This is an important distinction, because he wants to be a Jedi in the same vain as his father, but he needs to become a Jedi of higher standards.

Like his master, Count Dooku, we don’t know too much about Qui-Gon’s backstory. We do know that he taught one of the greatest Jedi to live everything he knows. He fights for everything he believes, regardless of who tries to stop him and takes a unique view of the Force. He even learned how to live on after death. In the short time we get with him, he doesn’t want to complete his mission nearly as much as he wants to train the young Anakin Skywalker. This want is put at odds with the perceived need of the galaxy, but in fact becomes exactly what the galaxy needed.

Princess Leia is, without question, one of the greatest and most influential characters to ever pop off the big screen. For one reason or another, she seeps into you. There will never be enough time to explain the impact she has on the story or our culture. At the end of the day, though, want she really wants is to free the galaxy from it’s oppressor. What she needs is… exactly that. To free the galaxy, but not in the way she thinks. She needs to free it not just from the oppression of the Empire, but from the condemnation of individuality as a concept.

Yoda is one of the most mysterious characters in Star Wars. I doubt we’ll ever learn the names of his species or his anything about his time as an apprentice. We do know what he wants more than anything, though. Yoda dreams of bringing balance to the Force. In his mind, the only way to do so is by destroying the Sith. He becomes so consumed by the thought, he sometimes loses sight of what he really needs- to protect the galaxy from what’s already out there.

Gunslinger extraordinaire who shoots first and gets the girl. Of course everyone is drawn to Han Solo. The best part about Han isn’t how he thinks he can talk his way out of anything, his piloting skills, or his sidekick. It’s that he thinks all he really needs is money. To him, credits will solve all of his problems. But that was actually what he wanted. What he really needs, whether he admits it or not, are the people he meets along the way. His story never felt complete until he realized that.

Obi- Wan is interesting for a number of reasons. For starters, he has the longest character arc so we get to know him for his entire life. We don’t only see how he grows, but he plays a huge part in every main characters story. He’s the most influential person in the story. Since we know him for so long, we see how he jumps from want to want. His longest standing one is for redemption. Obi-Wan feels a certain sense of responsibility for the Empire taking over and certainly Anakin becoming Darth Vader. He thinks by keeping watch over and eventually training Luke, he’ll even the score. He never realizes that what he needs is to accept the role he played in bringing balance to the Force.

In the one movie he makes an appearance, Maul is a two dimensional whipping boy. He seems to have no motive of his own,and instead is just an animal that Palpatine releases when he needs. Throughout The Clone Wars and Rebels we see one of the most evolved and well-developed characters. He keeps that wild aspect thinking all he needs to be fulfilled is revenge. Whether it’s against Obi-Wan or Palpatine, he just wants to destroy something. Despite this, there’s a level of approachability to him. He might manipulate anyone he needs, but there seems to be a line he won’t cross for certain people. On his quest of revenge, what he really needs to do is see who the real villains are and what’s happening to the galaxy outside of himself. 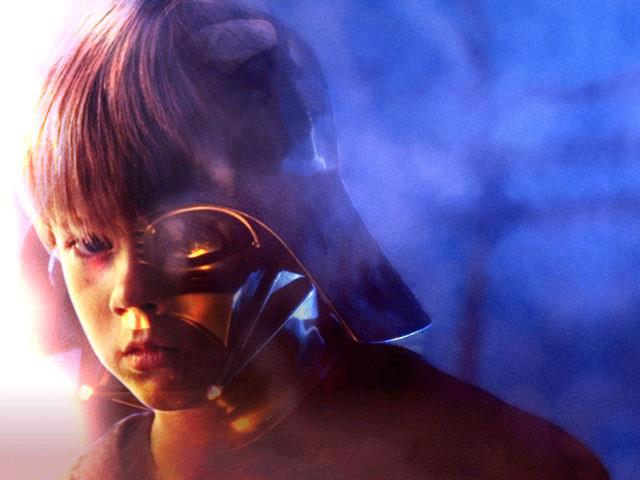 When we first meet Anakin, he’s this sweet boy who loves his mother, friends, and piloting. As we watch him grow, there’s one thing that sets him apart- he’s a good guy who wants power. There are detours along the way- sometimes he wants love or revenge, but he always goes back to the P-word. He’s furious when he isn’t accepted as a Jedi Master on the Council or when he can’t control death. He becomes relentless in his search for power. It leads him down the darkest path imaginable. What makes him so interesting is that what he really needs is to accept both sides of him- the light and dark (an even more interesting thing to consider in light of the character of Kylo Ren). He doesn’t need love, power, or even a particular person. He needs balance, which is the one thing power won’t allow.

Of course, there are many more interesting characters in the Star Wars universe not included. Who would you add to the list?

For more thoughts and insight, check out the Holonet Podcast on iTunes and join our Facebook group!

One thought on “The Simba Syndrome”