Recently, Episode IX director Colin Trevorrow came out and said, with regards to Leia in the film, that “I can guarantee it will be handled with love and respect, and all of the soul that Carrie Fisher deserves.”

That’s great. Perfect way to speak to the media, Mr. Trevorrow. The reality is, though, you still have a problem on your hands: What do you do about Leia in Episode IX that doesn’t diminish the character, bastardize the story, nor ostracize the fans, while also paying respect to one of the greatest actresses of our time? (And throw on top of that not making fans completely complacent about the product, like they were about Jurassic World.)

Here are some ideas…

Such are the screams of fandom when it comes to recasting the role of Leia.

In most franchises, this would not be a big deal. In fact, in Star Wars it hasn’t been a problem in the past. Originally, the Emperor was played by Elaine Baker and voiced by Clive Revill. Enter Ian McDiarmid and the Emperor went from a bad guy to the most diabolical villain of all time. So it can work.

Outside of the galaxy far, far away look at the Ironman series, where Rhodey was recast after the first film. Marvel Studios was able to do a fantastic job of going from one great actor (Terrence Howard) to another (Don Cheadle) without missing a beat. Marvel actually seems to have this particular set of skills on lockdown (re: Hulk), and, being that both Marvel and Lucasfilm are owned by “The Mouse” could be a benefit for Trevorrow and Co. about how to go abouts handling this situation.

The reality is, however, that those recastings were not as emotionally sensitive for the fan base as is the case with Leia.

As fans of Star Wars, we have a far greater emotional attachment to the characters of these films that can be said for the Marvel Universe, and arguably an other franchise. With regards to the Emperor, we did not have much film time with him in Empire Strikes Back, so when McDiarmid stepped into the role he had a lot of freedom.

Further, McDiarmid had five films through which to establish Palpatine. If they were to recast Leia, it is almost a certainty that it would be a one shot to get through this trilogy. Which creates a plethora of problems.

First and foremost is the obvious question of do you mimic Carrie or create a Leia all your own? But on top of that, regardless of the answer to the previous question, you are in a lose-lose situation. If, by some miracle of the Force, the actress is able to create a better Leia than Carrie (I know that is impossible, but just roll with the thought experiment) it would cause us to question everything we know. That is not something we want. In contrast, if she failed to live up to Carrie, or just put in an average performance, we as fans would complain that Leia has been dishonored. 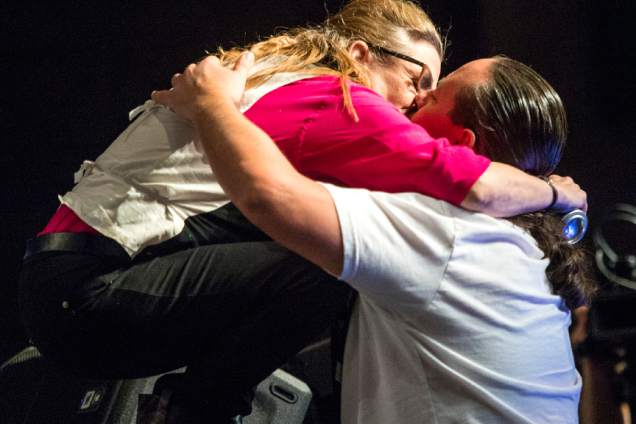 Leia/Carrie is like family to us. Whether we look at her as a mother, sister, or that crazy aunt everyone wants to hang out with us, she is someone who is impossible to replace.

Quite quickly after Carrie’s untimely passing, Kathleen Kennedy said that Lucasfilm has “no plans to digitally re-create Carrie Fisher’s performance as Princess or General Leia Organa.” Still, speculation has persisted because it is probably the easiest route which to follow so as not to sacrifice the story that is being created.

However, we have recently learned that there is no story to follow. JJ Abrams created his story for The Force Awakens, passed the football to Rian Johnson, who will pass it on to Trevorrow. Each director has been allowed to create the film he envisions.

That said, Trevorrow has confirmed that there have been major rewrites to IX since Carrie passed. And speculation followed.

Thanks to Rogue One, we know that the CGI could be done well, even if it is not a 1-to-1 match. This would allow the story that Trevorrow wants to tell to be changed only minimally, as they certainly would not want to overuse the technology. 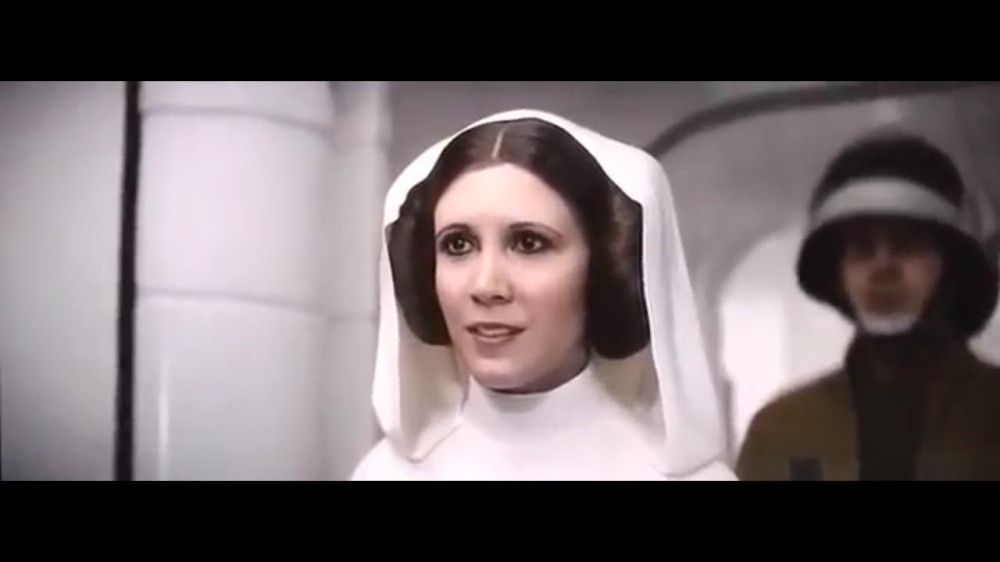 Of course the question then becomes how would Carrie feel about it? And that’s the problem. We have no record on what Carrie would want done were something to happen to her. We know she approved of her recreation in Rogue One, but that was a younger version.

The final choice (accepting as fact that they are not going to completely ignore the character of Leia in the film) is to write her off. There are two ways they could go about doing this:

1- Kill her from a distance

2- Explain it in the crawl

If they were to kill the character of Leia from a distance, the easiest, and probably best idea as far as the story goes, is to kill her in some mass act of terror perpetrated by The First Order. For example, they could blow up another planet, such as a Resistance base. Or they could attack a ship that Leia is on. Either way, the idea would be to show that The First Order is willing to sacrifice innocents in their pursuit of galactic domination.

Of course, this has already been done. Millions were killed with the attack on Hosnian Prime. However, this does make it personal for the audience in that a member of their family is also being killed. That said, it would mostly impact hardcore fans, having far less effect on the casual moviegoer who is not as invested of the person behind Leia. A winding, circling, slippery slope, this is.

Finally, they could explain what has happened to Leia in the opening crawl.

One such option is to explain how she has died. Trevorrow could go back to an act of terror by Kylo Ren and The First Order. Being that Ren is the son of Leia, this would build tension, but it does lose the impact from being seen visually. On the other hand, with the death of Han, it could be stated that she died of a broken heart, but we see how well that’s gone over with regards to one former queen and senator.

So that leaves the idea that Leia has disappeared or gone off somewhere. The filmmakers will have to be careful not to have it feel the same as the opening crawl of Episode VII, when Luke disappeared. The idea of disappearing implies that the person is going to be hunted out, thus making them the McGuffin of the film, so this idea does threaten to make the Episode IX very similar to TFA. That said, they obviously would not be able to find Leia, which makes it simultaneously different and predictable. 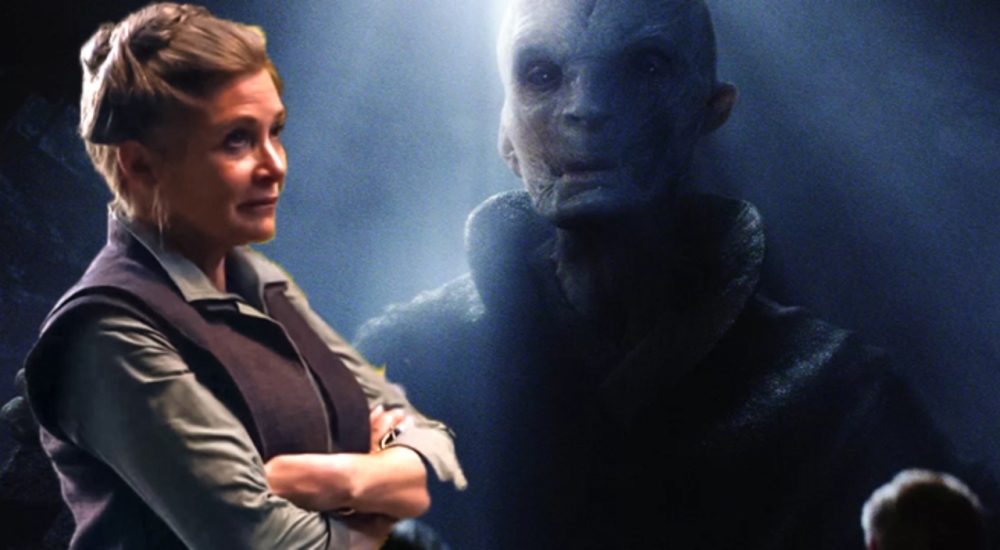 Which leaves Leia having gone off somewhere, likely on a mission for the Resistance. With all the talk of the Unknown Regions as of late, including most recently in Thrawn, this seems extremely likely. With this approach, the film could use the crawl to tell us that Leia has gone to the Unknown Regions to search for information “vital to The Resistance.” Lo and behold, while there she discovers the identity of Snoke, and possibly how to go about defeating him (and saving her son in the process). During this time, she somehow dies, possibly even at the hand of her own son, having Kylo give the order to execute her. (Personally, this seems the best route to me.)

The truth that lies between the lines of all these possibilities is that the makers of Episode IX are akin to a little league team trying to win the World Series. Coming to a point where they can tell a good story, respect Carrie Fisher, do justice to Leia, and do right by the fans is not going to easy. Colin, May the Force Be With You.

Want more ClashinSabers… get a shirt!

One thought on “The Problem Of Leia”