Skip to content
Posted on January 19, 2017 by Brandon Boylan

Not so long ago, in this galaxy we call home, times were tough for the Jedi among us. Finding new and meaty Star Wars to dig our teeth into was like licking the bottom of Tatooine  well. No we have a Brazilian Steakhouse of great Star Warsiness coming our way quicker than K-2SO can throw a quip. It makes digging our teeth into everything harder and somehow also more exciting. But as a new year begins, it begs the question of what the best dish we will have this year will be? With that in mind, the Clashing Sabers writers give you our Top 3 for 2017.

What Happened to Ahsoka?

Dave Filoni floored everyone when he, in a very un-Filoni Filoni moment, promised that Ahsoka’s story was not over in Star Wars Rebels. Since that day, the question of what he meant has been asked nearly as much as if she is alive or dead. With the second half of season three and the beginning of season four  all happening this year, not to mention another Celebration, we could learn a lot this year about what happened to Lady Tano.

It is unprecedented to get a Star Wars film beginning directly where the other one ended. That, however, is what we will have with Episode VIII. When Luke dropped the hood, people’s mouths dropped as well. Yet we left the theater with more questions then we came with. The biggest question I cannot wait to see answered is what Master Skywalker will say to everyone’s favorite Jedi-to-be. 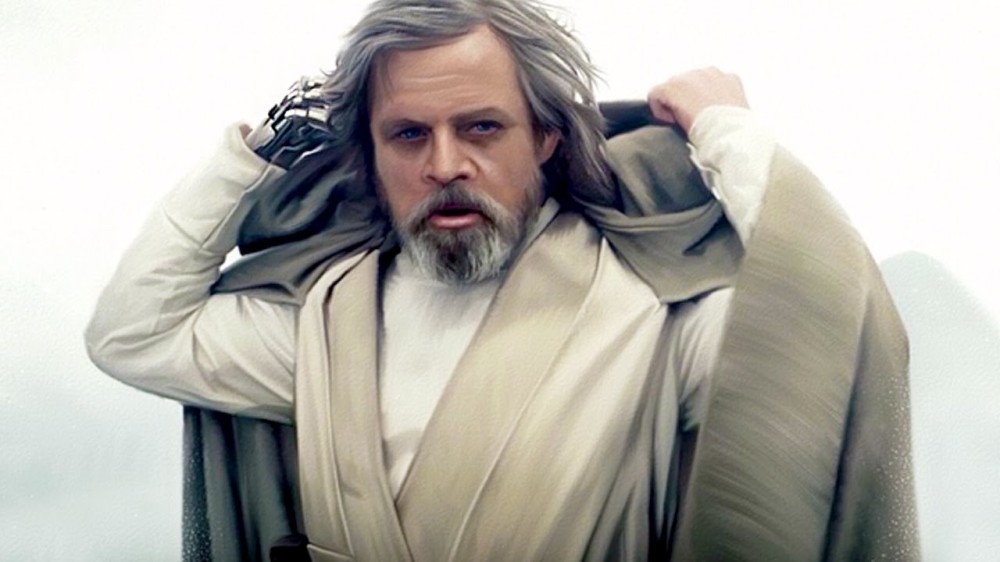 Star Wars fans, we must be honest with ourselves: we won’t have John Williams for too much longer. It pains me now to even type that, but I think that it must be said because we need to cherish every new note he gives us. Initially there was much kickback against the Episode VII soundtrack, but I implore you, fellow fan, to give Episode VIII a couple go-rounds (and some listens on Star Wars Oxygen) before you jump to any rash judgments. Episode VII has proven that John Williams still has it, and we need to be thankful as long as we still have him.

With everything it entails, especially when focused on Kylo and Rey. I’m interested why is Kylo obsessed with Vader and how he differs from him in spite of his obsession. With Rey of course I’m interested where here journey will take her, and I’d be lying if I said her parentage doesn’t spark my interest. Also, the biggest mystery of all…SNOKE *drums and Shia LeBouf applauses*

I never had the possibility of delving into the  Legends content and by the time the possibility arose there was so much of it I was simply confused and overwhelmed. With that in mind, I was never acquainted with Thrawn’s character and the general acclaim fans had for the character has me very excited for his book release and development on Rebels.

With the news of her “having a future” (even though I was expecting it anyway, and even if she didn’t I’d cry waterfalls for any new content that revolves around her) the excitement and anguish of expectation are ever more present.

If Episode VIII follows the same pattern as VII, we should be getting a teaser trailer in the coming months (approximately 60 seconds of footage) and a full story trailer closer to the summertime (hopefully closer to two and a half minutes of footage).  The teaser for VII was great but very light on content.  We saw a black stormtrooper (!), BB-8, Kylo Ren and his saber, as well a few other neat images, but not much indication of what was in store.

But then the story trailer dropped, and the world was turned upside down.  The trailer released at 2015’s Celebration was potentially the highest anticipated movie trailer ever. The flight of the Falcon was certainly the highlight (along with Solo’s, “It’s true, all of it.”) and really set the tone of what to expect from the final product: adventure, joy, and action.  Everything from the choice of images to the scoring screamed quality and high expectations.

But what about VIII?  Will we get the same action, joy, and adventure?  Or will this be the Empire Strikes Back of the new trilogy, with a darker theme and perhaps less-than-positive events?  Will it show Luke at all (or Force-forbid, give him lines)?  Is Kylo Ren back and badder than ever?  Do we get to meet Supreme Leader Snoke face to face?  How is Finn’s recovery?  As excited as we are for any Episode VIII-related news (including the title…), that full story trailer will be the first major information dump before we actually get the film next Christmas.

Disney holds an event once every two years to discuss upcoming changes to its theme parks, called D23 this year (scheduled to occur in the summertime).  Star Wars-themed parks were announced two years ago, at the last such event, but we only got bare minimum information.  The big question is, “When will it open?” and hopefully that will be answered this year.

But nobody knows when to expect the ability to physically immerse themselves in the galaxy they so desperately love.  Construction seems to be underway and there was some concept art shared, so we know that progress is being made.  But how is it coming?  What attractions are planned?  How large of an operation will this be?  But the most important question will certainly be when will we be able to finally bring the galaxy far, far away a little closer to home?

Throwing out the old EU (now considered “Legends”) jettisoned more than just the ideas and plots fans had loved (or considered garbage, depending on your point of view); it also meant that, due to changing ownership of intellectual property, there was an opportunity to change the writing team for any novels.  For example, prior to selling Lucasfilm to Disney, a nine book series The Fate of the Jedi had just wrapped up and a stand-alone filler book Crucible was establishing the events for the next book series.  However, because of the sale, the next series was scrapped.  The author trio of Troy Denning, Christie Golden, and Aaron Alston had various degrees of success in the FOTJ series (some highs and some lows) but the EU-fandom was always excited to see where our heroes would go next.

The new canon started off with Chuck Wendig’s Aftermath trilogy.  And man, oh man, is it rough.

Aftermath contains all problems and shortcomings, ranging from a change in storytelling style (both books to date are written in present-tense rather than past-tense) to characters (which, painting with a broad brush, are annoying, uninteresting, stereotypical, and frustrating) to focusing on a cast the fans are uninterested in (Luke and the Jedi are barely mentioned).  The use of new characters mixed with the some of the classic films’ heroes is forced and feels genuinely mishandled.  The only silver lining to this series is one character: Admiral Rae Sloane of the remaining Imperial Fleet.  Her character is at least interesting and nuanced, reminding the reader of some of the strong Imperial characters from the original EU (Palleon, Daala, and others).  But, setting Sloane aside, these new-EU novels are no better than some of the lowest ranked books of the old EU.  They would rank below any entry in the New Jedi Order series and certainly behind Legacy of the Force and Fate of the Jedi.  You have to go to The Crystal Star and Darksaber to find equally bad entries into the Star Wars universe.

So here’s the question: with the new Thrawn novel penned by the great Timothy Zahn on the way, and other novels not yet detailed, will there be any decent books in the new EU this year?  Zahn’s new Thrawn is highly anticipated because of 1) Zahn’s original kickoff of the novels for the old EU set the gold standard for subsequent authors and might do the same here, and 2) his continued participation in the Star Wars world is unparalleled.  No other author has continued to produce as much quality work for the Star Wars universe for as long as Zahn has.  Each book under his name is worth the read, and Thrawn is expected to be no different.

But what else will there be?  Will there be a new series established soon, or should Wendig’s trilogy set the example for future releases (that is, a trilogy written by a singular author)?  Will they continue to fill in the gap between Episodes VI and VII, or will they stretch out to other spots on the timeline?  Will we get collaborative series like we did before (and got things like the Yuuzhan Vong, Darth Caedus, and the One Sith)?  Will there ever be another highlight of the EU like there used to be, or will we have to resort to book summaries on Wookiepedia in order to avoid having to actually read another Wendig-penned novel?

2017 is bound to hold some good and some bad, as is true for most things. With all that Star Wars is offering up, however, things are certainly looking brighter than the future of the Rogue One team (too soon?).

Let us know what you are looking forward to in the comments below.

You can also follow @ClashingSabers on Twitter to stay up to date on the latest and greatest insight in the galaxy.