The darks side had always held appeal in its promises for power, overcoming weakness, as well as being quick and easy. But as has often been true in legends and lore, darkness takes its toll. For some worse than others.

In part 1 we looked at how Rex and his brothers were impacted by the Clone War, and now we will delve into the arguemet that PTSD tears at the dark side too.

Asajj is an interesting and diverse character who has captivated audiences since her introduction. Her battle to find herself that plays out throughout The Clone Wars animated series is something of grand intrigue, but could it possibly be partial due to her having PTSD?

This one may be harder to pin down, but I believe she is dealing with this disease. Having gone through so many different phases of life, be it being a Jedi or a Nightsister or any of the other numerous things she does, is bound to be a stressor. Not only that, but each one of her endeavors seems to end in tragedy. Not great for the self-esteem meter.
One of the signs of PTSD is the person being easily irritable. Asajj definitely shows that she is that. But moreover, and I believe more telling, is the fact that she is often reckless and self-destructive, such as when she goes after Count Dooku far before she and her apprentice are ready. Mother Talzin may say otherwise, but the proof is in the pudding. Ventres nearly dies because of her rashness, which is by definition “self-destructive.”

In Dark Disciple we see her coming to terms with some of this, as she does not let Quinlan Vos attempt to kill Dooku until she deems he is fully ready. In that, she is learning from her own recklessness. Even more importantly, she opens herself to love, the least of all self-destructive behaviors. This is a theme we saw with Rex previously, opening himself to the love of his friends, and now we see with Ventress in the romantic term. But there is one for whom love is the redeemer of all ailments….

A therapist’s dream and a galaxy’s agony, Darth Vader. There are seemingly limitless points to look at showing that Anakin Skywalker/Darth Vader is dealing with post-traumatic stress disorder.
As we look at what caused Anakin’s PTSD, we must start at the beginning, when he left his mother. True it was his choice, but I would argue it is one he came to regret. It is hard for a ten year old to make such a life altering decision as that, and the rest of his life he would spend trying to make up for it (see: Amidala, Padme).

As his life went on, Anakin would be known for being reckless and easily irritable. Even his master, Obi-Wan, had trouble containing his need for adventure. Arguably, the only way Anakin felt normal was with blasters being shot at him. Such is the life of one raised in the depths of war; all the same it is not the stuff of a healthy mind.
But even worse, and more tragically, another characteristic of PTSD can be attributed to young Skywalker. He clearly shows signs of avoidance in handling the loss of his mother. He avoids dealing with the emotions at all by vowing to save his wife from death, sacrificing everything in order to not have to face the damaged person he has become.
This is not, as some may see it, an attack on the character or moral fiber of Anakin Skywalker. I really believe Anakin did everything with nothing but the best of intentions, if not the best of actions. But, speaking as someone who has been dealing with mental illness his whole life, it is easy to get lost in the wreckage of our own emotions, so deeply so that we lose sight of real right and wrong, ergo justifying every action no matter how damaging it may be.
Yet there is hope, redemption, and healing in the greatest medicine of all…love. Love of his son saved Darth Vader from himself, and arguably from his PTSD. In his final words, a redeemed Anakin Skywalker tells Luke to tell his sister, Leia, that Luke was right about there still being good in that black suit. 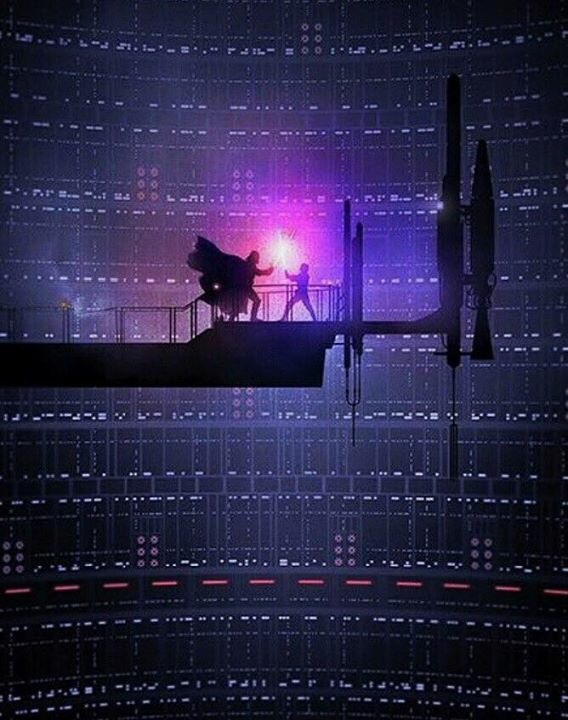 Being able to see that about himself shows that Vader had come to terms with what he had done, whom he had been, and decided to forgive and love himself.
Digging even deeper, via Luke’s love for his father, we can see that the love we find in community, in family, and in relationship is the love that saves. When I was at my sickest, I did not spend time with people or invest in anyone else.

Now, redeemed from my own darkness and on a journey of self-love, I have begun to pour into others, be it my students, my girlfriend, or even my dog, and in such I have found renewed life.
PTSD and other mental illnesses are a very real dilemma that millions are dealing with. Like the dark side, they feed off of our pain, our sense of failure, and our isolation. When we give into them, giving them a foothold, it gets harder and harder to get rid of them. Yet through love, we as individuals can be saved and redeemed, and in turn our own galaxy may just get a little bit brighter.

One thought on “Stories, Star Wars, and Healing (Part 2)”