Skip to content
Posted on September 25, 2019 by Brandon Boylan

Philosophers have long pondered a puzzle that is unsolvable: are our lives determined by fate or by choice? Ask 100 people and you’ll probably get 101 answers. The math just doesn’t add up. But ask Star Wars and, well, you still might not know the answer. It is a ponderance to consider, though.

A long time ago, in that galaxy far, far away, the answer seemed pretty simple. Luke Skywalker’s story is that of choice winning out over what was determined to be his fate. Luke’s masters attempt to determine his destiny for him. Obi-Wan hides Luke’s parentage from him, deciding that he is too young and naive to handle the truth. In fairness, Kenobi was probably right, but it doesn’t forgive the fact that a mentor took away Luke’s right to choice, and in doing so fated him for a very particular journey.

Luke’s fate then takes him to Cloud City, to face down the villain that he doesn’t know used to be the hero, and is in fact his father. The realization that comes crashing down on Luke is not only that Kenobi failed him, but that the life he thought he was destined to lead, that of a swashbuckling knight in shining tunic, is in fact not the way the story is going to go. It is here that Luke looks in the face of destiny, that which he saw earlier in the cave on Dagobah, and takes a stand. He will not be what his apparent fate is leading him to become; he jumps from the platform and plunges to his death. 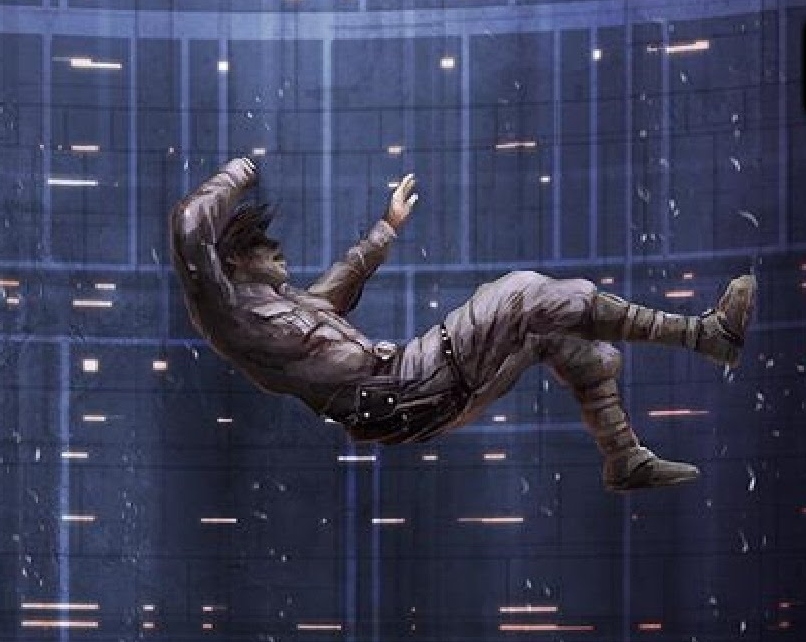 Thank the Force, he doesn’t die. He does, however, seems to be a new man when we meet him in Return of the Jedi. He has power and a presence that he has never had before. They are lies though, as the audience peers into what is really true for this apparent hero gone wrong. The messages of the previous film didn’t really sink in so well.  Dressed in black, Luke is solving his problems with “aggressive negotiations”. Fate seems to have taken over, leading him to the black mask. In those final moments, though, on the second Death Star, he denies fate once more in favor of choosing his own path.

Some 30 years later, Luke stands over his nephew in the hut of his Jedi camping site. Peering into his heart, he sees the black once more. He sees “destruction, pain, death, and the end of everything I love because of what he will become.” In a moment of instinct, or maybe more aptly a moment of weakness, Luke Skywalker creates Kylo Ren. Just as Kenobi failed him, he failed Ben. The cycle continues.

Ben Solo then turns himself into Kylo Ren, seeing it as his fate to take up the mantle of his grandfather, Darth Vader, and finish what he started. He demands the Skywalker lightsaber because it is his birthright. Yet he wears a mask that is clearly hiding the tiny, broken boy inside. Every single time Kylo Ren’s, or rather Ben Solo’s, mask is off, the audience can see the struggle, the conflict, the brokenness. Unlike Luke, who willingly took up the mantle of hero, Ben seems to be hesitant of taking up the mantle of villain.

Rightfully so, as the story he is missing is not that his grandfather was Darth Vader, but that he was Anakin Skywalker. The difference between the two is simply a choice. Anakin chose to become Vader to save Padme, and chose to return to Anakin because he knew, after Padme, that Vader could never do what Anakin could. He was the Chosen One and he did fulfill his destiny of bringing balance to the Force, all because of a choice.

Rey points out in The Last Jedi that Luke failed Ben “by thinking his choice was made.” He knew what happened to his father, looked at his mechanical hand to see how close he had come to darkness, and for but a second was willing to do anything and everything to prevent that happening to his nephew. That responsibility, however, is not his. It is Ben’s, for fate and choice are not two opposites, but rather two mutuals. Anakin, Luke, and Ben all have to deal with the reality of their lineage. The difference comes in that moment where you can accept what is happening to you or making the choice to change it. That, ladies and gentlemen, is what a hero really is….