This proverb spoken to a young Anakin Skywalker seems to be but another in the long list of Yoda’s axioms. Shake, rinse, repeat. As the prequels unfold, though, we see that this is essential to understanding the journey of the young Skywalker.

Fear. Fear of losing his mother. Anger. Anger at not being able to stop those he loves from dying. Hate. Hating himself, and the galaxy that did not fit into his ideology. Suffering. Twenty years in a suit the holds onto a life he doesn’t even want.

Surmise it to say that fear is powerful. And important. It is the tool by which Palpatine rules the galaxy, the catalyst behind both Death Stars, and the downfall of the Chosen One. But if fear leads to the dark side, which will forever dominate your destiny, is there any hope for us at all?

Fear does shape us. It forces us to go in one way or another. Anakin’s fear of loss caused him to resort to drastic means in order to save the one’s he loved. Luke’s fear of losing his friends caused him to rush off to Cloud City, which nearly led to his death. This led him further down the dark path that nearly caused him to become a Sith.

In fact, it would seem, that fear itself is a self-fulfilling prophecy. Anakin saw dreams of Padme dying, and his actions led directly to that. On Dagaboh, Luke saw himself in Vader’s helmet, and his actions led him moments from becoming exactly what he was fighting against. Decades later, standing over Ben Solo, Luke says, “I saw darkness. I sensed it building in him. I’d seen it in moments during his training. But then I looked inside, and it was beyond what I ever imagined. Snoke had already turned his heart. He would bring destruction, pain, death, and the end of everything I love because of what he will become.” In doing so, and the action afterward of igniting his lightsaber, he created Kylo Ren. 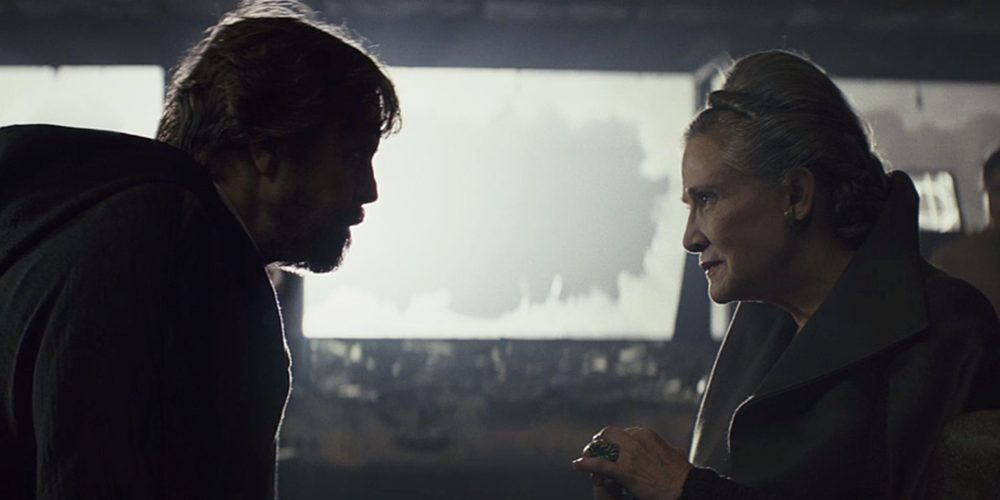 Considering the mythological nature of Star Wars, and Episode IX being the apparent end of the saga, it would seem that this control that fear has over our heroes must end. The Last Jedi promises us that this is the way the story will go. Leia, the beacon of hope from the initiation of the saga, gives up hope for the galaxy and her son. Luke reignites that, saving the day in the most Jedi way possible. That legend spreads across the galaxy, inspiring the youth that will be the generation that shapes the change. It shows them that they can overcome fear, no matter how young or old they may be. Hope comes not from the absence of fear, but in the overcoming of it. If you only believe in the light when you can see it, you’ll never make it through the night.