We have all had a time where we felt the darkest, most dangerous parts of our soul. A place where we knew the evil that had manifested itself somewhere in our subconscious had the potential to emerge. A place where we saw our own face from within Darth Vader’s mask. Our cave.

Caves are a very important part of the Star Wars saga, particularly in the original trilogy. But before I move on to explaining what the caves mean to the story of Star Wars, as well as our own lives, let me be clear in my approach. When I speak of a cave, I am not limiting that to simply to the literal landform, but rather I am looking at a cave as a chamber or entrapment of a sort which limits our perception of reality.

This idea comes from Plato’s “Allegory of the Cave,”  wherein he tries to explain the limitedness of a person’s perception of reality. In the allegory, Plato describes a group of people who have been chained to a wall their whole lives. They have seen only the shadows on a blank wall across from them. These shadows therefore become their only perceptions of reality, ergo the idea that “perception is reality.” When they are freed, their entire perception of reality would change due to the scope of their view, both tangibly and metaphorically.

We see caves come into play in both the first movie released and the first episode of the timeline. Right from the get go in the original Star Wars film,  we see the cave come into play with Princess Leia on the Tantive IV. As she puts the message for Obi-Wan Kenobi into R2-D2, she does so with cave-like area of the ship behind her. This serves two purposes. One, the cave behind her is showing that there is more to this character than we know. That she has a history, things unseen by the viewer, just as we do not see what is in the area behind her on the ship. Secondly, this cave sends an immediate message to the viewer that Leia is in a dangerous and dark place. As we continue on, we will see that the cave metaphor itself is calling us to explore that dark place because it is that part we must overcome to see the true reality around us.

Chronologically the cave is our introduction to the happenings of the Star Wars galaxy. In Episode I, Qui-Gon and Obi-Wan willingly submit themselves to a cave when they board the Trade Federation ship. While being on a ship is not always a metaphor for a cave, in this case it is because of what we come to know of the Jedi. They evolve to have a very limited perception of what is really happening in the galaxy, which ultimately leads to their downfall. Aboard the Trade Federation ship we see the two Jedi in a cavernous conference room and also in another cave as they are battling the droids after escaping that conference room. In the very beginning of the saga, George Lucas sent a clear message that the Jedi’s perception was limited, in part by their own arrogance, because they willingly walked into the cave thinking that they were bigger and better than the threats it offered.Likewise, because of this arrogance they were unable to see that the very ship they were on was the house of the dark side’s machinations.

All the while, I would be remiss to continue exploring caves without stepping into the most literal cave in all of the Star Wars galaxy: the cave on Dagobah. Here we travel with Luke into his first major Jedi trial, and really his first major failure of the saga. Despite Yoda informing him that he will not need his weapons, he takes them anyways. Even though Yoda warns him that he will only find what he takes with him, he takes his weapons, essentially asking for a fight, into the cave with him. 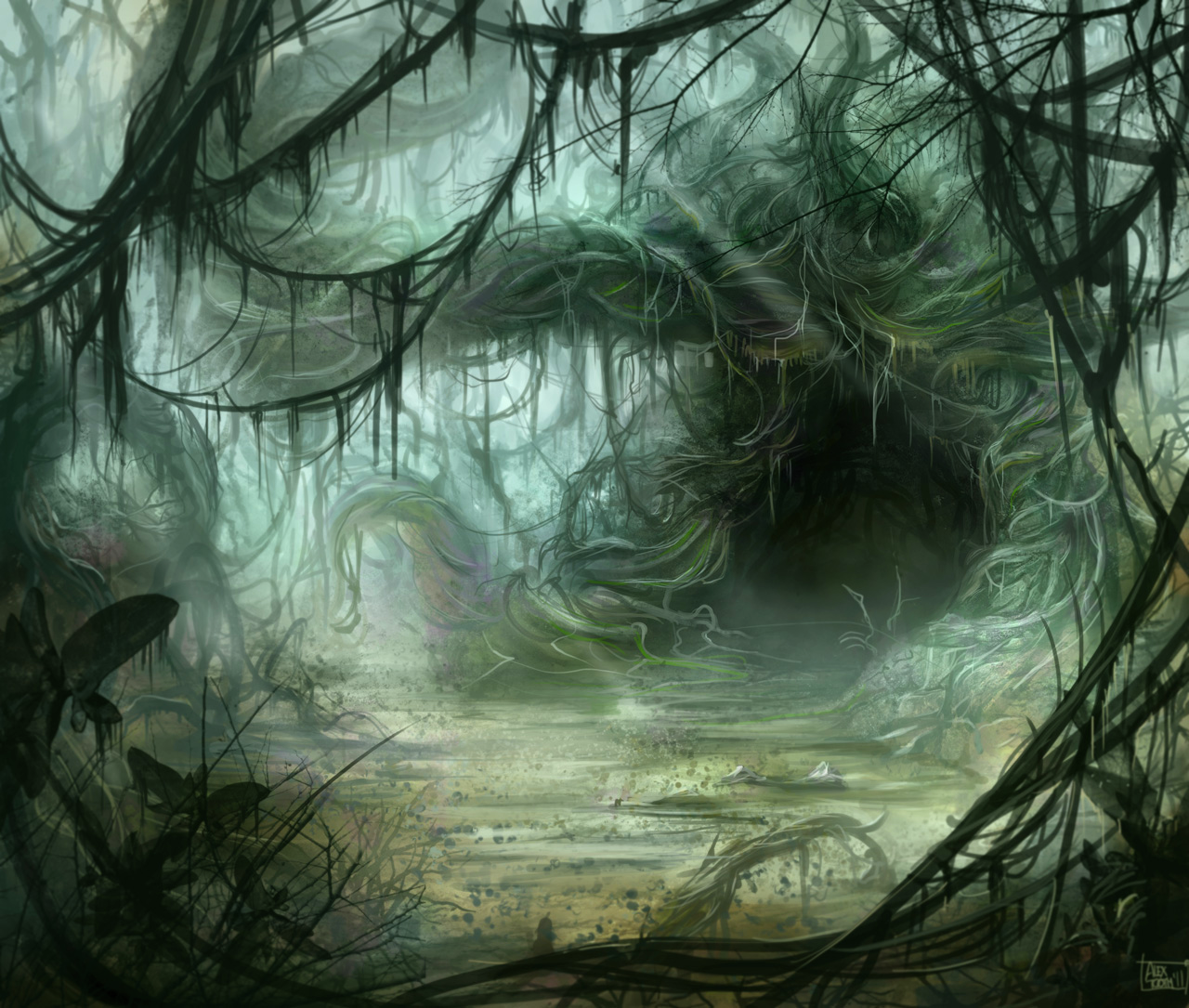 It must be made clear, I am not claiming that it was a bad idea for Luke to go into the cave. As viewers it seems clear to us that this is something that he has to do, and as the saga continues it grows to be a more and more important moment. However, what Luke does is equivalent to someone not listening to one of the individuals who had been chained to the wall in Plato’s “Allegory.” It would be foolish to not listen to what one of those people have to say about it, because they have been there before and have experienced what it has to offer. Therefore, if someone from outside the cave where to submit his or her self to the cave without listening to a former resident, the new resident would then be creating his or her own reality, and likely a far more dangerous one at that.

We can only speculate, but it is quite plausible that Luke would have seen something very different had he heeded Yoda’s words and left his weapons behind. But like the Jedi of old, he chose the wrong path and it cost him dearly. Due to what he saw in the cave, Luke’s fear grew and he rushed off before he was ready to fight Darth Vader, and those actions nearly cost the whole galaxy.

Nonetheless, this is not the first mistake a Skywalker male has made in a cave. In Episode II, Anakin walks right into a cave when he goes to save his mother. While on the outside what he walks into seems to be a tent, the heart of it is a cave because it changes Anakin’s whole perception of reality. Anakin walks into that cave with a bit of darkness inside of him, this is true, but he is able to control it better because of his love for his mother, who wanted him to grow to become a kind-hearted man. But when she dies, Anakin is no longer able to control his anger, and as he emerges from his cave to slaughter the Tusken Raiders, his whole perception has changed. He has begun the path that will lead him to be Darth Vader.

Lucas drove his point home evermore clearly at the end of Attack of the Clones, when Anakin and Obi-Wan are dueling Count Dooku in a structure that literally looks like a cave. Anakin rushes in to attempt to fight Dooku, letting his emergent anger lead him more than the Force. The only thing Anakin can see is ending Dooku, avenging what Dooku did to Padme and also ending the war before it really begins. While this is noble on Anakin’s part, it is how he approaches it that causes trouble. Instead of seeing the bigger picture, that he will need the help of others to stop one such as Dooku, he lets his perception create his reality and therefore fails much like his son would many years later.

Caves, however, are not always bad for the Skywalkers. In Return of the Jedi, Vader, the Emperor, and Luke duel in a cavernous throne room, and what happens there changes not only their own realities, but the realities of the entire galaxy. In the throne room, things are very dark and extremely bleak, a reflection of the inner emotions of Luke. We see numerous times that he is on the verge of crossing over to the dark side and submitting himself to the Empero, just as his father had done before him. As we know, this temptation ultimately does not win the day; Luke and Anakin come out of the cave very different people. Most obviously, Anakin removes the mask of Darth Vader, which limited both his physical view and his view of the greater reality around him. As he does so, we see a man open his eyes to a new reality, no longer limited by the shadows the Emperor is willing to show him.

On a less obvious note, we see Luke coming out of the cave clearly changed, which Lucas displays via Luke’s attire. When Luke entered the throne room, he was covered in dark black. He fit in with the environment around him, and very nearly accepted its shadowy reality. Yet instead of turning to the darkness, we see Luke come out of the cave, with his top torn open, revealing that the true Luke inside is able to overcome that darkness. Though it is merely a minor detail, it speaks volumes about Luke Skywalker.

Caves are everywhere in our lives, and they are everywhere in that galaxy far, far away. One could wax eloquent about the cave Ezra faces at the Jedi Temple on Lothal, the caves Han faces from the asteroid field to his carbonite freezing to Jabba’s palace itself. But it all comes back to one simple and very important truth: what we accept as reality becomes our reality, and so if we really want to make a change in our selves and the world around us, we must try to make that reality as wide-viewing as possible.

What do you think about caves in our life and in Star Wars? Comment below and let us know what your perception is.